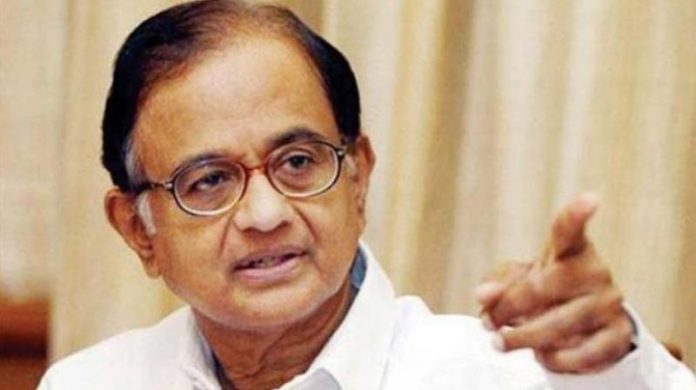 Amid the political crisis in Rajasthan, the Congress is pinning its hopes on President Ram Nath Kovind intervening in the matter and instructing Governor Kalraj Mishra to perform his constitutional duty, after the governor again returned the file sent by the government on Monday for convening an Assembly session.

The Governor has no “discretion” in the matter. The questions that the Governor had raised to stall the request were irrelevant and beyond his authority, Chidambaram said.

“Governor’s current stand that the law gives him a ‘discretion’ to summon the assembly or not is a complete distortion of the law declared by the Courts,” asserted Chidambaram.

The former Union Minister said governors appointed by the BJP since 2014 have repeatedly violated the letter and spirit of the Constitution of India.

“In the process, they have gravely impaired parliamentary democracy, its conventions and traditions,” said Chidambaram.

He cited three landmark judgements of the Court when the Governors concerned acted in gross violation of the Constitution, in Arunachal Pradesh (2016), Uttarakhand (2016) and Karnataka (2019).

“Despite these judgements and the statements of law, the Governor of Rajasthan has stalled and “continues to stall” a perfectly valid request of the Council of Ministers of Rajasthan to convene a session of the Legislative Assembly,” alleged Chidambaram.

“We are astonished and anguished by the attitude of the Governor of Rajasthan. We are therefore protesting today before all Raj Bhavans in the country to highlight the gravity of the issue and draw the people’s attention to the violations of the Constitution,” he said.

The Congress leader said that it is a settled law that the Governor shall act on the aid and advice of the Council of Ministers.

“The fundamental basis of parliamentary democracy is a functioning legislature. If the executive government wants the legislature to meet, it has the absolute right and authority to call a session. The Governor is only a formal instrument to sign and issue the summons to the MLAs. If a chief minister who is accused of not enjoying a majority wants to prove his majority, he is entitled to call a session at the earliest to prove his majority. No one can stand in his way. Placing any obstacle to calling the session would undermine the fundamental basis of parliamentary democracy.

“We sincerely hope that the Governor of Rajasthan will obey the law and only the law, He must remember that he has no other masters except the Constitution and the law. He must immediately grant the request of the Council of Ministers and summon a session of the legislative assembly,” Chidambaram said.

‘1917’ reveals the cruelty of World War I; trailer out

US Embassy in Cuba to Reduce Staff, States 'Health Attacks' as Reason