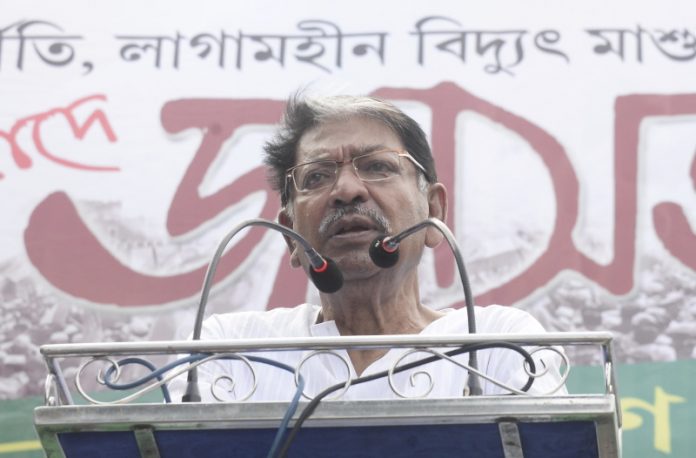 Mitra was hospitalised here with increased creatinine level, fever and respiratory troubles. He was undergoing dialysis.

According to sources, Mitra was admitted to an Intensive Care Unit (ICU) of a private hospital in south Kolkata. Though his health condition slightly deteriorated on Monday night later it got stable after treatment at the hospital. He was responding to the treatment well.

Sources said Covid-19 tests were also done on Mitra and the test report was negative.

“Saddened to hear about the passing away of the veteran leader, former MP and Indian National Congress West Bengal president Somen Mitra. My deepest condolences to his family, followers and well-wishers,” Chief Minister Mamata Banerjee tweeted.

Mitra took charge as the state Congress chief in 2018 and played a crucial role in forging an electoral understanding between the Left parties and Congress in the 2019 Lok Sabha polls. This was his third stint as Bengal PCC chief.

“Saddened at the death of veteran Congress Leader Somen Mitra. As the constitutional head was enormously benefited by his wise counsel on several occasions. Bengal will always recall his sagacious contributions in public life. Pray Almighty to bestow eternal on the departed soul,” Governor Jagdeep Dhankhar tweeted.

Mitra started his political career from north Kolkata and came to limelight in the 970s. He became MLA in 1972 from Sealdah Assembly constituency and went on to represent the seat seven times.

Later, he left the Congress party in 2008, floated his own outfit and joined Trinamool Congress in 2009, during the Nandigram-Singur movement.

Mitra was elected from Diamond Harbour Lok Sabha seat on a Trinamool ticket in 2009. But he snapped his ties with Trinamool Congress and returned to Congress in 2014.