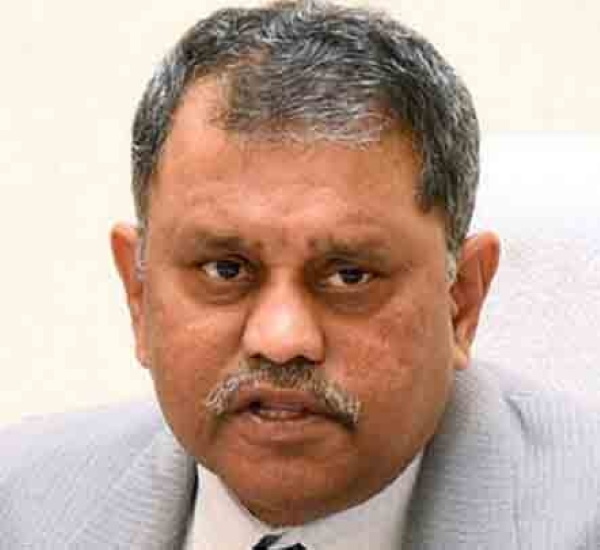 The Andhra Pradesh government finally relented and reinstated N. Ramesh Kumar as the State Election Commissioner (SEC) on Friday, two months after the High Court passed orders to this effect.

The state government issued a gazette notification in the name of Governor Biswa Bhusan Harichandan, reinstating the retired IAS officer as SEC. It, however, added that the notification is subject to the outcome of the Special Leave Petition (SLP) filed by the state in the Supreme Court, challenging the HC order.

The notification issued by Panchayati Raj and Rural Development Department Principal Secretary Gopal Krishna Dwivedi says that Ramesh Kumar’s position as SEC is restored as per the High Court orders.

The development came 10 days after Ramesh Kumar called on the Governor and brought to his notice the High Court orders to reinstate him as well as the instructions given by the court in a contempt petition filed by him against certain officials for not implementing the court orders.

Following this, the Governor’s Secretary had informed Ramesh Kumar through a letter that the governor had directed the government to take necessary action to reinstate him as the SEC.

The High Court on July 16 had asked Ramesh Kumar to call on the Governor, saying the latter had the powers to appoint the SEC as per its order.

The bench comprising Chief Justice J.K. Maheshwari and M. Satyanarayana Murthy gave the direction on a contempt of court petition filed by Ramesh Kumar, who was reinstated as SEC by the High Court on May 29.

He alleged that the state was resorting to contempt of court by not allowing him to resume office as the SEC.

He brought to the notice of the court that former High Court Judge, Justice V. Kanagaraj, who was appointed in his place in April, was still being treated as the SEC by the state government.

The petitioner also conveyed to the court that the government moved the Supreme Court challenging the High Court but it refused to grant a stay.

The YSR Congress Party (YSRCP) government had issued an ordinance on April 10 to sack Ramesh Kumar as the SEC following a row over the postponement of local body elections.

Within hours of sacking him, the government appointed Kanagaraj as the new SEC.

On the petitions of Ramesh Kumar and several others, the High Court on May 29 struck down the ordinance, declaring it “unconstitutional”. It also set aside the orders appointing Kanagaraj as the new SEC.

Ramesh Kumar had issued a circular to all District Collectors, CEOs of zilla praja parishads, District Panchayat Officers, and Municipal Commissioners the same day, stating that pursuant to the High Court orders he stood restored to the office of SEC.

However, the next day he withdrew the circular after Advocate General S. Subramanya Sriram stated that Ramesh Kumar’s action of issuing a circular is illegal as the High Court had not asked him to take charge.

Meanwhile, the main opposition Telugu Desam Party (TDP) has termed the reinstatement of Ramesh Kumar as SES a “slap on the face of the Jagan government”.

TDP MLA G. Butchaiah Chowdary said this proved that the government will ultimately have to bow before the court. “Just because it has the power, the government can’t go on violating the Constitution. At least now the government should learn the lesson,” he said.

“This will be a war that no one will win and the implications will...