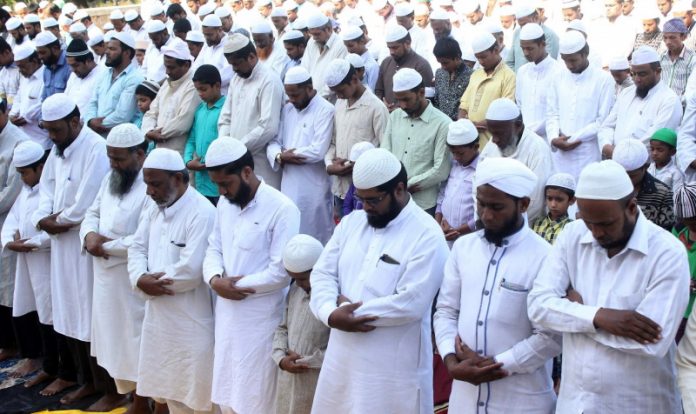 The state-run Karnataka Wakf Board has permitted the devout to offer ‘namaz’ (prayer) inside mosques on the occasion of Eid-ul-Azha (Bakrid) on Saturday under the COVID-19 induced guidelines, an official said on Friday.

“The state Minority Welfare Department has permitted namaz inside mosques after the Board’s Hilal committee announced Eid celebration on August 1 across the southern state,” the Board chief executive Islahuddin Gadyal said here.

Though traditionally prayers are offered in open spaces of the Eidgah (open grounds), forecast of heavy rain and COVID-19 fears has forced the devout to conduct it inside mosques in cities and towns across the state.

“As wearing a mask, sanitising hands and maintaining physical distance inside the mosque are mandatory, all participants have been advised to strictly follow the guidelines to avoid being denied entry,” Gadyal said.

Citizens above 60 years, persons with co-morbidities or asymptomatic and children below 10 years should offer namaz at home to avoid being exposed to the infection and crowding.

“In-charge of every mosque must ensure disinfection of the premises and its surroundings before and after namaz, entry of devout has to be regulated on first-cum-first basis to maintain social distancing and avoid over-crowding,” said the order.

The devout are also advised to perform ablution (wadhu) at home.

“Every devout will maintain 6 feet inside a mosque after thermal scanning at the entry point. Each should bring their own jayenamaz (mussalla) to the mosque. None should touch religious literature in the premises, a Gadyal said.

As social distancing has to be maintained at the gathering, shaking hands and hugging each other are prohibited. They can greet each from a distance.

Beggars are not allowed to squat around mosques to avoid crowding.

“We appeal to the community to celebrate a low-key Eid in view of the pandemic and its fallout on leading a normal life,” Gadyal said.

The qazis (priests) have also been advised to complete the namaz, including Khutba in 20 minutes before 8 a.m. and close the mosque soon after.

“The qurbani (sacrifice) of animals has to be made only in designated abattoirs (slaughter house) or secluded places, maintaining hygiene and their waste residuals have to be properly disposed of at the earliest,” he added.

Slaughtering animals in public places, open spaces and community halls are strictly prohibited and action will be taken against its violators.