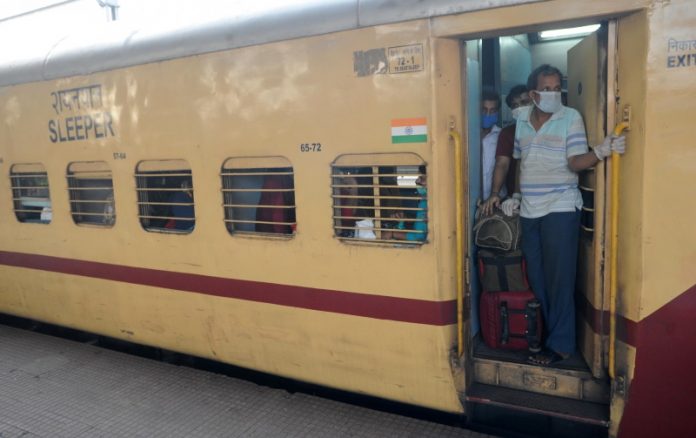 A 29-year-old man enroute to his home town Kanyakumari from Kozhikode had to end his journey midway as health officials found him coronavirus positive.

The man works as a contract worker in Kozhikode. According to the health department officials, he was unwell for the last few days. Thereafter, he had given a swab sample for a Covid-19 test, the report of which was awaited.

On Friday morning without waiting for the test result, he boarded the Jan Shatabdi train from Kozhikode.

After getting his result and finding him positive for coronavirus, the health officials tried to contact him. But when they got to know that the man has already left for Kanyakumari, they immediately informed the health authorities in Thrissur. By that time the train had left Thrissur and the next stop was Ernakulam.

The health officials and police reached there before the train and informed the man about his health condition. He was then admitted to a state run medical college.

There were three other passengers in the compartment in which the man was travelling. The railway officials shifted them to other compartments and sealed the ‘infected compartment’.

According to information, the wife of the man is pregnant and may go for delivery at any time. That is why he decided to reach home as soon as possible.