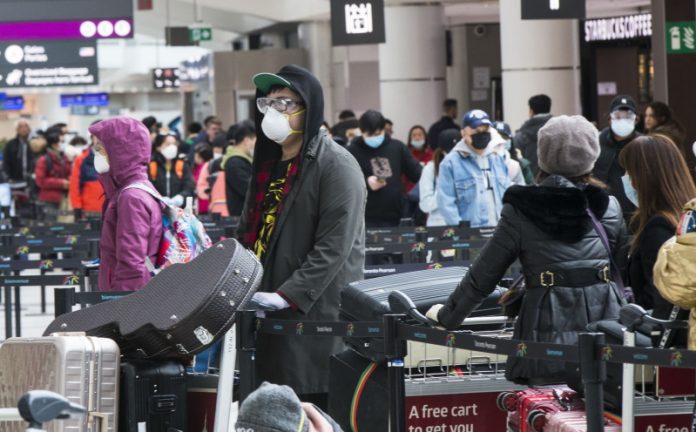 Four major Canadian airports have started checking passengers temperatures as a mandatory measure in an effort to curb the spread of COVID-19, it was reported.

Under the mandate, the Canadian Air Transport Security Authority has to conduct temperature checks at all passenger and employee security screening checkpoints at the four airports.

Passengers with a temperature lower than 38 degrees Celsius will be able to go through the checkpoint.

It added that employees who enter restricted areas of the airports will also be screened.

Previously, the government only mandated temperature checks for all passengers travelling to Canada from international points of departure.

For the next phase, Transport Canada said that by September, temperature screening stations will be in place in the departure areas of Canada’s next 11 busiest airports, including Halifax, Quebec City, Ottawa, Winnipeg, Regina and Edmonton.

The new screening measures are meant to supplement previous travel safety precautions, including a requirement for all travellers to wear face masks, a Global News Canada report said.

This Could be bad News for Bengaluru dog Owners