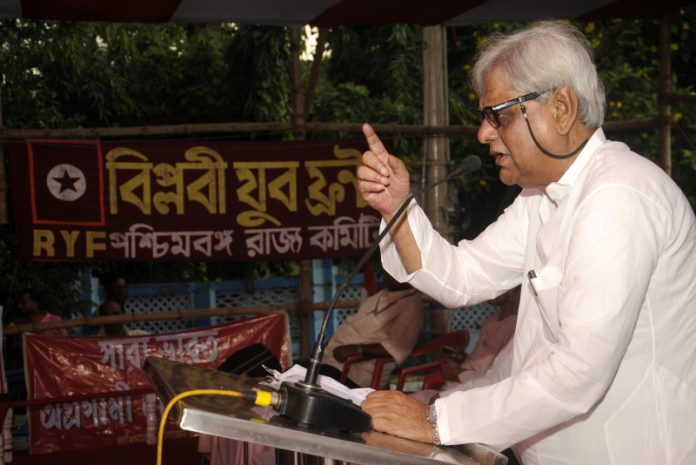 Veteran leader of Communist Party of India-Marxist (CPI-M), Shyamal Chakraborty, passed away at a private hospital here on Thursday. He was tested for Covid positive and got admitted to a hospital on July 29.

The next day his health condition slightly improved but again it deteriorated and he stopped responding to the medical treatment, hospital sources said.

“We are feeling really bad at his demise. He was a people’s leader from the CPI-M. Throughout his life, he represented the working class. He was an honest politician. We had different political ideologies but that never impacted our personal equations. He was always very cordial with his opposition party colleagues,” said Trinamool Congress’ secretary general and West Bengal education minister Partha Chatterjee, conveying his deepest condolences to the deceased’s family.

Senior Congress leader Abdul Mannan said: “It is a great loss to West Bengal politics. He was an excellent orator. I have known him from his students’ politics days when he used to be the state secretary of CPI-M’s students’ arm Students Federation of India (SFI). I am deeply saddened at his death.”

“It is an irreparable loss for us. We tried everything but failed to save Shyamal (Chakraborty) da,” said senior CPI-M leader Sujan Chakraborty.

Zomato lays off 541 staffers, says blame it on automation