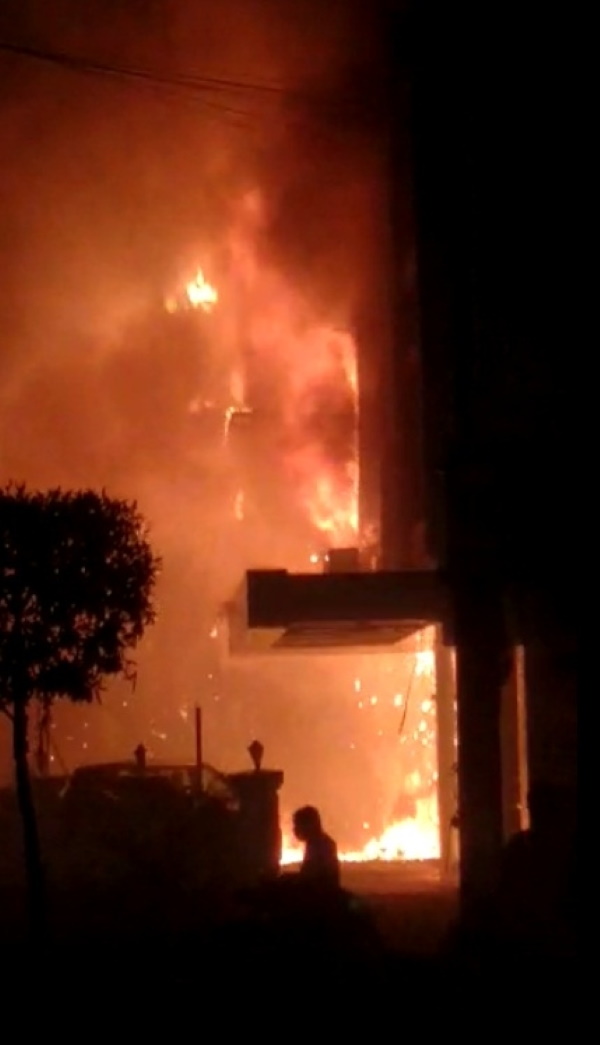 In a shocking incident, seven persons were killed in a fire that broke out at a paid Covid Care Centre run from a hotel by a private hospital here early Sunday morning, officials said.

Officials earlier said three persons had died in the mishap, while four others were shifted to a hospital. With four more casualties, the death toll had increased to seven at the time of filing of the report. The victims included two women.

Police officials did not rule out more casualties in the early morning fire as the condition of two of the centre’s staff, who jumped from the first floor to escape, is said to be serious.

Around 50 persons, including 30 coronavirus patients, were reported to be present at the Covid treatment facility set up at Hotel Swarna Palace when the tragedy struck.

City Police Commissioner Srinivasa Rao said that the fire broke out around 5 am.

According to initial information, suffocation due to smoke emanating from the fire is said to have caused most casualties.

Firefighters were rushed to the spot who rescued the treatment centre’s inmates with the help of ladders and rushed them to nearby hospitals in 15 ambulances.

A preliminary investigation found that a short circuit was the likely cause of the fire that started on the ground floor of the building. It later spread to the first floor that had been converted into a Covid care centre.

The Minister said the inquiry will look into whether it was an accident or failure on part of the hospital management.

Sunday’s fire accident is the latest in a series of mishaps to strike Andhra Pradesh in the last few months.

In May, a gas leak in Visakhapatnam at LG Polymers had left 12 persons dead. Recently, 12 persons had died after consuming sanitisers due to alcohol addiction.

Complaint against Goa CM for violating model code of conduct