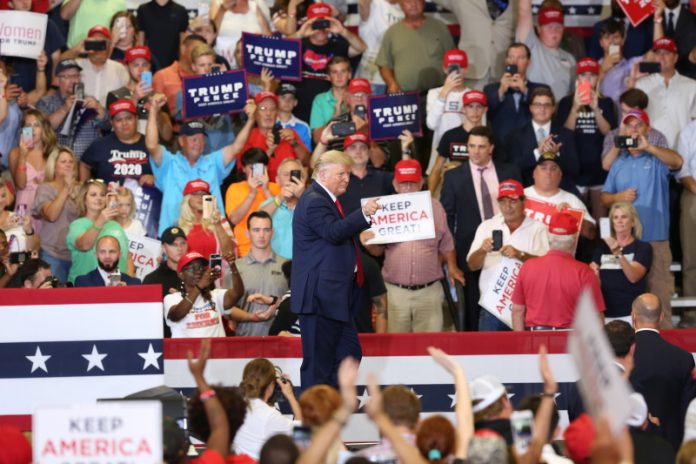 US President Donald Trump has denied reports that the White House had contacted South Dakota’s Republican Governor Kristi Noem about adding his face to the iconic Mount Rushmore, it was reported.

Taking to Twitter on Sunday, Trump called the reports “fake news,” though he added that it “sounds like a good idea to me”, The Hill news website reported.

The President was referring to a report by The New York Times that said a White House aide had contacted Noem’s office last year to ask about the process for adding new Presidents to Mount Rushmore.

The report was carried by other news outlets, including CNN.

In his tweet, Trump said: “This is Fake News by the failing @nytimes & bad ratings @CNN. Never suggested it although, based on all of the many things accomplished during the first 3 1/2 years, perhaps more than any other Presidency, sounds like a good idea to me.”

The monument was carved into the granite rock face between 1927 and 1941.

The land the memorial lies on, the Black Hills of South Dakota, was taken from the indigenous Lakota Sioux by the US government in 1800s.

All About Wonderous Walnuts!