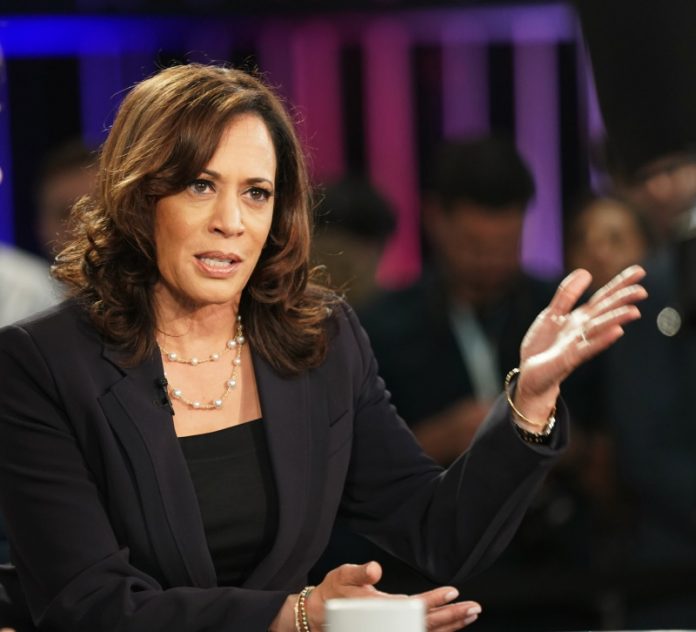 Democratic Party presidential candidate Joe Biden has selected Kamala Devi Harris as the nominee for vice president in a historic move that marks a breakthrough for Indian Americans in US politics.

“I have the great honour to announce that I’ve picked @KamalaHarris – a fearless fighter for the little guy, and one of the country’s finest public servants – as my running mate,” Biden tweeted Tuesday afternoon, ending weeks of speculation.

Harris highlights the quintessential American immigrant story as the daughter of Shyamala Gopalan, a cancer researcher from India, and Donald Harris, an African Jamaican economics professor.

Her grandfather P V Gopalan was an Indian freedom-fighter, who became a civil servant and was assigned by the Indian government to help Zambia deal with its refugee problem in the late 1960s.

The post of vice president is described as “heartbeat away” from the presidency and she is the first non-White candidate for the job and the third woman from a major party.

If elected, at 78 years Biden would be the oldest to assumes the office in 2018 while Harris would be only 55.

Besides being “simpatico” to Biden, one of the criteria for the Democrat vice president slot was the ability to step into the top job at a moment’s notice.

Harris is a senator a former attorney general of California.

She has domestic experience as the top law official of California, the largest US state, and a national senator, and gained foreign policy expertise working on the senate’s Select Committee on Intelligence and the Homeland Security Committee.

Harris ran for the Democratic presidential nomination herself against Biden – and nearly a score of others – in the initial phase of the race.

In a debate of Democratic candidates, she lanced into Biden bringing up his record on racism because of his old history of supporting racial school segregation. That performance initially led to her surge in the polls and a slump for Biden.

But her jump in the polls was short-lived and she dropped out of the race for the Democratic presidential nomination. Some months later, she endorsed Biden.

Despite her mixed parentage, Harris is presented as an African American, meeting the current party sentiment driven by the movement against discrimination against African Americans and police brutality. Several African American leaders, representing the most important party bloc, had insisted that Biden, who had pledged to have a woman as his running mate, select a Black woman.

Harris embraces the African American identity as her primary one, writing in her memoir “The Truths We Hold” that her mother “knew that her adopted homeland would see (sister) Maya and me as Black girls and she was determined to make sure we would grow into confident, proud black women.”

Her parents divorced when she was seven years old and she and her younger sister were raised by their mother.

She wrote in her memoir that they were also “raised with a strong awareness of and appreciation for Indian culture,” crediting her grandparents from Chennai and aunts and uncle for it.

While she was running for the presidential nomination, she made a video on cooking masala dosa with Indian American actor-director Mindy Kaling highlighting the other side of her genetic heritage.

Explaining his pick, Biden refers to her association with his late son Beau, who was the attorney general of Delaware state.

He tweeted, “Back when Kamala was Attorney General, she worked closely with Beau. I watched as they took on the big banks, lifted up working people, and protected women and kids from abuse. I was proud then, and I’m proud now to have her as my partner in this campaign.”

With her prosecutorial background, Harris would be a formidable debater, which would fill out a weak point for Biden, and be able to take on US President Donald Trump and overwhelm his mild-mannered Vice President Mike Pence.

She has put Trump administration officials and other witnesses on the spot while grilling them like a prosecutor during senate hearings.

A contribution to the Democratic campaign – even at the risk of antagonising the ascendant left in the party – is her strong stand on law and order, but combined with racial empathy for Blacks.

She said that Black communities wanted policing, but not police brutality.

That is important as it will be an antidote to Trump’s campaign highlighting the upsurge of crime and attacks on police following the Democratic Party members’ efforts to cut funding for police and even shutting down police departments.

As California attorney general and before that the top prosecutor for San Francisco, Harris had a reputation of being tough on crime, while also introducing some reforms.

US President Donald Trump’s campaign immediately launched an attack on her labelling her “phony Kamala,” a monicker he will likely repeat in a demeaning way.

The tweet carried on Trump’s account said that Biden was describing himself as a “transition candidate” and that he was “handing over the reins to Kamala Harris while they jointly embrace the radical left.”

At a news conference on Tuesday, he said that she had been “nasty” to Biden and denounced her as a “tax-raiser” who will slash the budget for the military.

But when he was still a real estate businessman, Trump had donated a total of $6,000 in 2011 and 2013 to Harris’s campaign for California attorney general.

She also got an unusual endorsement from Trump, who told reporters when speculation mounted on her candidacy, “I think she’d be a fine choice.”

She is the “ideal partner to help him tackle the very real challenges America faces right now and in the years ahead,” he said.

A tipoff that she may be the vice presidential candidate came on Tuesday morning in the Democratic Party National Convention schedule that listed her as the speaker in the last session just before the Biden family and his acceptance speech.

The two other slates on which women were vice presidential candidates – Democrat Geraldine Ferraro in 1984 and Republican Sarah Palin in 2008 – were both defeated.

Harris is married to Douglas Emhoff, a lawyer, and a step-mother to his two children from his previous marriage.