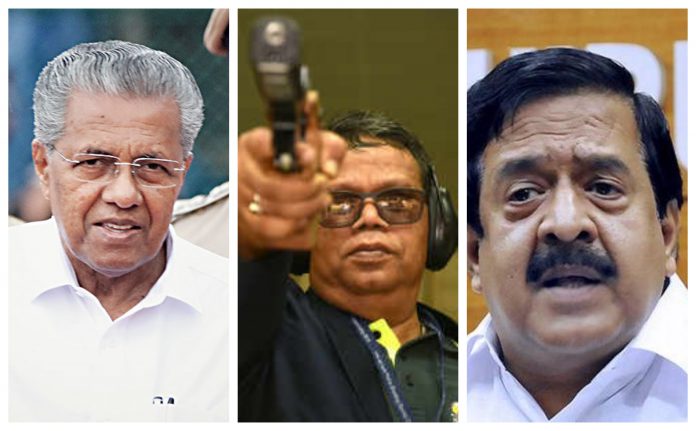 On Wednesday the state police chief and Director General of Police, Loknath Behera issued a circular to all senior police officers stating that ADGP (intelligence) and ADGP headquarters should take up collecting of CDRs from BSNL. Since Vodaphone was delaying to share the data, it was also instructed to take up the matter with the telecom company.

Learning about the circular, Opposition leader Ramesh Chennithala lashed out at the Pinarayi Vijayan Government. “The government has violated the Supreme Court directive that collection of CDRs will be permitted only in serious criminal cases. It is planning to convert Kerala into a surveillance state. It is a violation of rights,” he stated.

Chief minister Pinarayi Vijayan said in response, “According to the rules, law enforcement agencies can do this and it is done to trace contacts of those who turn COVID-19 positive. This will not be used for any other purpose and will not be shared either. In pandemic situations such drastic steps will be needed but police will ensure that these records are not misused.” He also said it was part of a scientific method to contain the spread of virus.

However, it was not made clear, which rule states that the law enforcement agencies are allowed to do this.

Section 5 of the Telegraph Act of India, commonly known as the wire-tapping clause gives power to the government to take possession of any licensed telegraphs in case of a public emergency or in the interest of public safety. It can also order interception of communication in the interests of the sovereignty and integrity of India, the security of the state, friendly relation with foreign states or public order or for preventing incitement to the commission of an offence.

Power for Government to take possession of licensed telegraphs and to order interception of messages.

(1) Act.10[5. Power for Government to take possession of licensed telegraphs and to order interception of messages.—(1) On the occurrence of any public emergency, or in the interest of the public safety, the Central Government or a State Government, or any officer specially authorised in this behalf by the Central Government or a State Government, may, if satisfied that it is necessary or expedient so to do, take temporary possession (for so long as the public emergency exists or the interest of the public safety requires the taking of such action) of any telegraph established, maintained or worked by any person licensed under this Act.”

(2) On the occurrence of any public emergency, or in the interest of the public safety, the Central Government or a State Government or any officer specially authorised in this behalf by the Central Government or a State Government may, if satisfied that it is necessary or expedient so to do in the interests of the sovereignty and integrity of India, the security of the State, friendly relations with foreign states or public order or for preventing incitement to the commission of an offence, for reasons to be recorded in writing, by order, direct that any message or class of messages to or from any person or class of persons, or relating to any particular subject, brought for transmission by or transmitted or received by any telegraph, shall not be transmitted, or shall be intercepted or detained, or shall be disclosed to the Government making the order or an officer thereof mentioned in the order: Provided that the press messages intended to be published in India of correspondents accredited to the Central Government or a State Government shall not be intercepted or detained, unless their transmission has been prohibited under this sub-section.]

In addition, the government has to follow the procedure established by law for issuing such order.

The main guidelines are:

A copy of the order has to be sent to the review committee within one week of issuance of such order. The authority which issues the order should also record the following information:

The intercepted material can be used only for purposes mentioned under the wire-tapping clause.

The interception will be valid for two month unless it is renewed. However, the total period of interception should not exceed six months.

Section 24 of the act also states, if anyone is unlawfully attempting to learn contents of messages, it can lead to Imprisonment for a term which may extend to 1 year besides to the fine with which he is punishable under section 23 i.e. fine upto Rs. 500

A week ago, the Kerala government had given the police department more responsibilities in implementing the COVID-19 containment measures. This included marking containment zones, tracing contacts of patients and ensuring quarantine regulations. Earlier, tracing primary and secondary contacts of COVID-19 patients were being done by Health Inspectors.

“Taking into consideration the increasing transmission of COVID-19, this responsibility is being given to the police. Within 24 hours, primary and secondary contacts should be found,” CM Pinarayi had said.

At the start of the lockdown in March-April, Kerala Police’s Project Eagle Eye used close to 350 drones as a surveillance mechanism to find those flouting the rules of COVID-19 lockdown.

As the COVID-19 pandemic is gripping the state, it is evident the surveillance mechanisms are also increasing thus infringing on the fundamental rights.

11 Students Killed in Train-vehicle Collision in UP