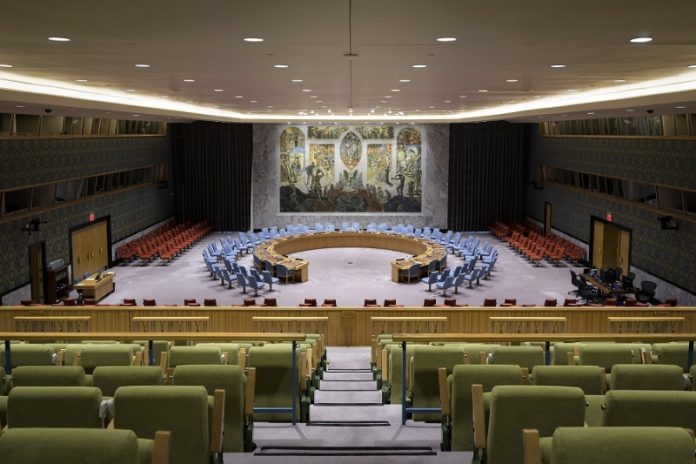 Isolated by its allies, the US has suffered a diplomatic defeat at the UN Security Council (UNSC) which turned down its demand to extend the arms embargo on Iran.

The setback came on Friday, a day after President Donald Trump announced a diplomatic triumph in the Middle East: The United Arab Emirates (UAE) setting up diplomatic relations with Israel in return for its freezing expansion in the West Bank.

Five of Washington’s NATO allies along with six others abstained, while China and Russia voted against the resolution to indefinitely extend the arms embargo that expires on October 18.

Only the Dominican Republic voted with the US.

The results of the remote voting that started on Thursday in the Council that is operating virtually because of the Covid-19 pandemic, was announced on Friday.

The defeat was a rebuke to the Trump administration, which unilaterally withdrew from the international agreement with Iran to end its nuclear weapons programme.

Under the 2015 agreement between Iran and the five permanent members of the Council and Germany, along with the European Union, Tehran undertook to reduce the amount of uranium it enriches and cut its stockpile of enriched uranium to a level that would prevent it from making nuclear weapons, and take other steps to stop proliferation.

In return, the economic sanctions on Iran were lifted.

Turning down appeals from Washington’s European allies, Trump, however, in 2018 backed out of the deal reached by his predecessor Barack Obama and reimposed economic sanctions on Iran.

Tehran, in turn, began increasing uranium enrichment beyond the level it had agreed to.

By absenting themselves from the vote, the US allies sent a message to Trump reinforcing their opposition to his unilateral action.

Germany’s Deputy Permanent Representative Gunter Sautter said that it was committed to preserving the Iran deal and was working with Britain and France to save it despite US withdrawal and Iran’s actions rolling back the agreement.

Secretary of State Mike Pompeo said after the vote: “The Security Council’s failure to act decisively in defence of international peace and security is inexcusable.

“We will continue to work to ensure that the theocratic terror regime does not have the freedom to purchase and sell weapons that threaten the heart of Europe, the Middle East and beyond.”

While theoretically Iran could buy and sell weapons when the embargo ends in October, the US is counting on using its economic muscle to enforce a unilateral arms embargo as it has in order to ensure that its economic sanctions were followed.

The Trump administration is also counting on the provisions in the Iran deal that would require the reimposition of sanctions if Iran exceeded the limits of uranium production set in the agreement, which it has already done.

Prime Minister Benjamin Netanyahu of Israel and Crown Prince Mohammed bin Zayed of UAE reached an agreement to establish diplomatic relations and it is the only tangible peace development in the Middle East from the initiative overseen by Trump’s son-in-law Jared Kushner.

It was driven in part by UAE’s fear of Iran and its influence in the region.

Trump said while announcing the agreement that “peace between the Arabs and the Israelis is Iran’s worst nightmare”.

The UAE will become only the third Arab country after Egypt and Jordan to exchange envoys with Israel.

It has taken 25 years since Jordan’s deal with Israel for another Arab country to follow suit.

But if Israel goes through with the agreement to give up claims on the West Bank, it could lead to other Arab and Muslim countries at odds with Iran normalising ties with Israel, potentially redrawing the region’s geopolitical map.