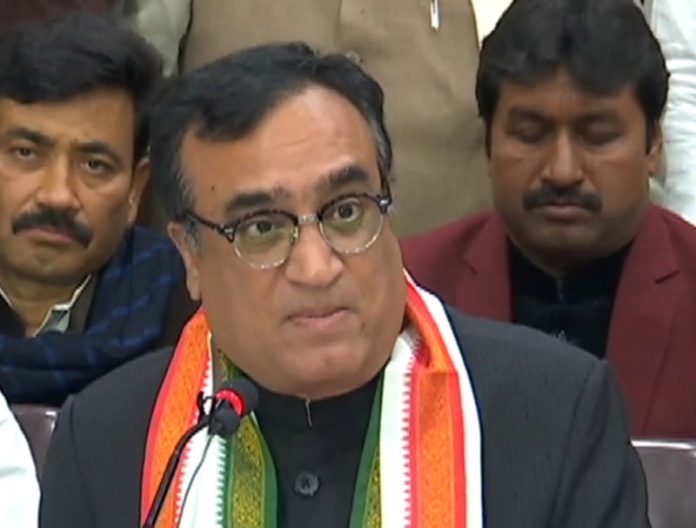 Finally, Rajasthan has got a new state Congress in-charge in Ajay Maken, who replaced Avinash Pandey after the political crisis which left the state government on the verge of collapse. However, the issues were sorted out by the intervention of senior party leaders in Delhi.

Former Deputy Chief Minister and Pradesh Congress Chief Sachin Pilot recently went to Delhi with 18 MLAs from his camp, declaring the Gehlot government to be in a minority. However, they later came back to Jaipur after a reconciliation brought about by the efforts of Congress leaders Priyanka Gandhi Vadra, Rahul Gandhi, Ahmed Patel and Venugopal.

Pilot, during his meeting with the Congress high command, apprised them of the issues plaguing the state which, according to him, were damaging the party.

On the urging of Pilot, a three-member committee was constituted to look into the complaints registered by him and his team. This team includes Ajay Maken, Ahmed Patel and K. C. Venugopal.

A senior Congress leader told IANS, “Avinash Pandey, being the state Congress in-charge, did not perform his duties diligently. Being a state in-charge, he was the nodal officer between the state and the Congress high command. However, he kept silent over the increasing differences between Pilot and Gehlot and did not report the matter to the high command.”

“Although a new committee was formed in January to balance the organisational and government structure in the state, no meeting was called to resolve the issues plaguing the party and the government. No political appointments could be made in over one and a half years in the state due to this lack of coordination. Surprisingly, none of these issues were taken to the high command by Pandey,” he said.

K. C. Venugopal, who was in Rajasthan in June during the Rajya Sabha elections, apprised the high command of the brewing crisis after watching the growing dissidence in the party. However, by then matters had gotten out of hand and Pilot walked off with his team to Manesar.

Meanwhile, with the induction of Maken in the three-member committee, Congress workers looked hopeful and said that Maken worked hard during the recent crisis and collected feedback from the MLAs which was sent to the high command. Maken has an old association with Chief Minister Ashok Gehlot as the latter was General Secretary of the Congress when Maken was an MP from Delhi.

Being the Chairman of the Screening Committee of Rajasthan in 2013, he has been in touch with most of the MLAs and office-bearers of the Rajasthan Congress.

Maken is considered quite close to Rahul Gandhi and has also been a Union Minister in the UPA Government.