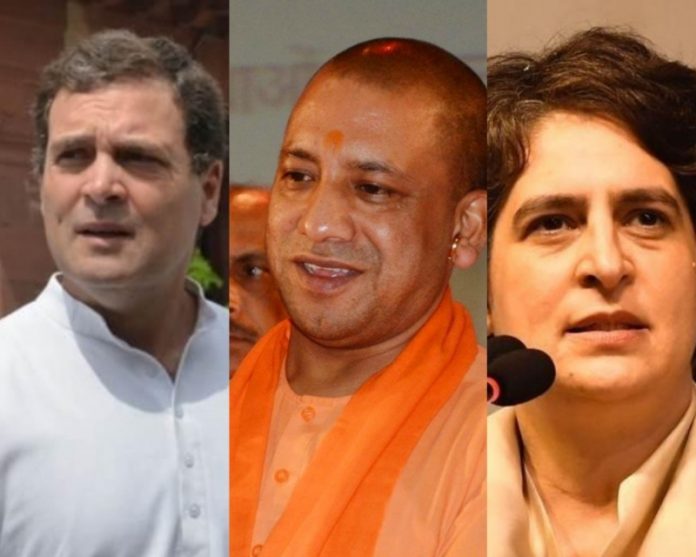 The Congress, on Monday, mounted a blistering attack on the law and order situation in Uttar Pradesh.

Congress leader Rahul Gandhi criticised the killing of a village head in the Azamgarh district last week and tweeted, “Jungle raj of caste-based violence and rape is at its peak in UP. Now another terrible incident – Sarpanch Satyamev, being a Dalit, said ‘no’ and he was killed because of that. Condolences to his family members.”

The police have invoked the National Security Act (NSA) against four people in connection with the killing, which had also triggered mob violence.

Congress general secretary Priyanka Gandhi Vadra, also hit out at the Uttar Pradesh government over the issue of women’s security.

“Bulandshahr, Hapur, Lakhimpur Kheri and now Gorakhpur. Such repeated incidents have proven that the Uttar Pradesh government has completely failed in providing security to women,” she said in a Facebook post in Hindi, referring to reports of crimes against women in these districts.

She said there is no fear of law in the minds of criminals in Uttar Pradesh and as a result, gruesome incidents of crime are taking place against women. She alleged that the police and administration are neither able to provide security nor take appropriate action.

“The Uttar Pradesh government should review the law and order system and take every step to ensure the safety of women,” she said.