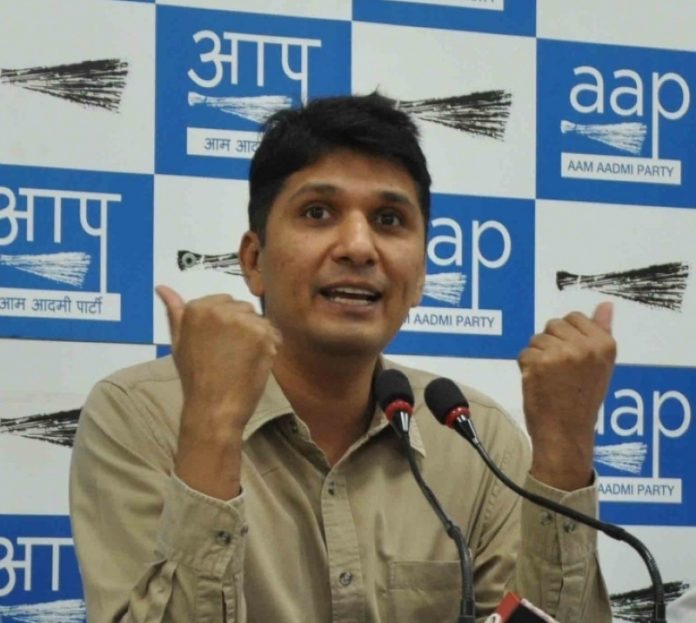 The spokesperson said that the BJP fought the Delhi election in the name of Shaheen Bagh and that the whole protest was pre-planned and well scripted by the BJP top brass.

“The Delhi assembly election could have been fought on the work done in the field of education, health, environment or other developmental issues. But the Delhi BJP chose to fight the election on the issue of Shaheen Bagh,” he added.

Bharadwaj said that the people who raised anti-national slogans or pro-Pakistan slogans or talked about dividing India are now part of the BJP.

“Yesterday the key people behind the Shaheen Bagh protest joined the Bharatiya Janata Party in the presence of the senior leadership.”

He added, “The Aam Aadmi Party has monitored the Shaheen Bagh protest very closely. I want to tell the BJP supporters of Delhi that the people against whom you guys protested or opposed were the people of Bharatiya Janata Party itself.”

He added that the BJP won seats by engineering a riot and polarising north-east Delhi.

“Delhi election took place and the BJP got defeated. The BJP only won some seats in north-east Delhi because in those areas they could polarise the people in the name of religion. Due to this Shaheen Bagh, the BJP engineered a massive riot in north-east Delhi where 53 people lost their lives. When everything was done now the BJP has asked these people to join their party again,” said Bharadwaj.

Substantiating his point, he said that the BJP’s poll campaign was completely based on Shaheen Bagh and all the top leaders repeatedly targeted Shaheen Bagh during their speeches.

“Mr. Shah (Union Home Minister) said that when you press the Lotus button [of EVM] on February 8, do so with such anger that its current (poll result) is felt at Shaheen Bagh. I, as an Engineer, did not really understand the wired connection between Lotus Button and Shaheen Bagh. Now, we know there was a connection.”

The AAP spokesperson added that police alleged that the people there raised pro-Pakistan slogans, anti-national slogans. “But despite all these allegations, the police did not do anything and just remained a silent spectator of these violations. They also did not understand that this Shaheen Bagh protest is just a brainchild and a script of the Bharatiya Janata Party.”