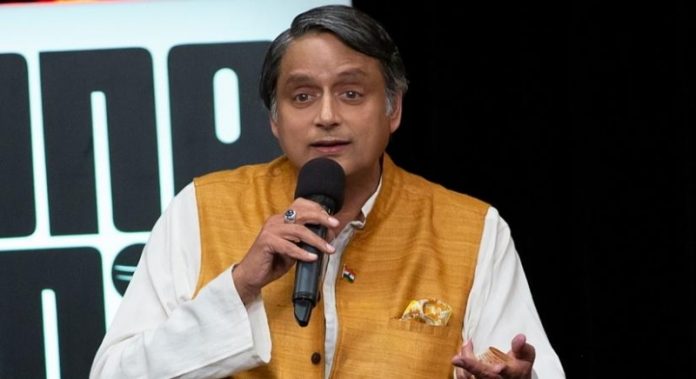 Senior Congress leader Shashi Tharoor, Chairman of Parliament’s Standing committee on Information Technology, has given a notice for breach of privilege against BJP MP Nishikant Dubey for his alleged disparaging remarks.

The Thiruvananthpuram MP alleged that Dubey posted such remarks on social media over his decision to summon the panel’s meeting to discuss the alleged “misconduct” of Facebook.

Tharoor has written a letter to Lok Sabha Speaker Om Birla, mentioning Dubey’s ‘strong remarks’ on Twitter that “the Chairman of the Standing Committee does not have the authority to do anything without discussion of the agenda with its members”.

“I sincerely hope that stringent action is taken in this matter so that it serves as a deterrent to similar incidents in future and restores public trust in Parliament,” Tharoor said in the letter.

Tharoor said that he is anguished over the “disparaging” remarks made against his decision to call the meeting of the parliamentary panel.

“The contemptuous words used by Shri Nishikant Dubey have cast aspersions on the intent and integrity with which I fulfil my duties as an elected representative of the people of Thiruvananthapuram in the Lok Sabha, as such words constitute unwarranted vilification of the Committee’s name and the manner in which it discharges its functions, and his actions have painted an ignominious picture of the revered institution of Parliament by indicating that its functionaries have circumvented the process,” the Congress leader added.

Tharoor said it amounted to “breach of privilege of his position as an MP and the panel Chair”.

He alleged that Dubey has accused him of “championing his political party’s agenda without authorisation by the Committee and Speaker”.

Dubey, an MP from Jharkhand, commented on the social media after Tharoor had said on Sunday that the parliamentary panel would like to hear from Facebook on the issue.