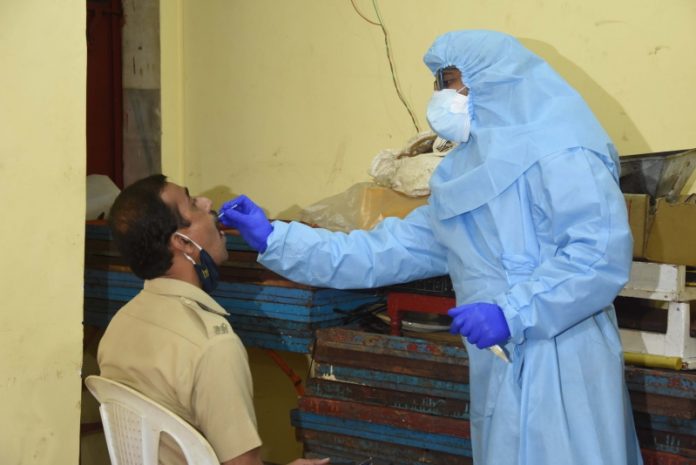 Out of the total cases, recoveries have crossed the 20-lakh mark and surged to 20,37,870 with 60,091 more people recuperating in the past 24 hours, taking the recovery rate to nearly 73.18 per cent. The actual caseload of the country is the active cases, which currently stands at 6,76,514.

The country had touched the 20-lakh mark on August 7 and added more than seven lakh cases in 12 days. The silver lining, however, is that the gap between recoveries and active cases is growing every day. Currently, recoveries are over 14 lakh more than the active cases.

As far as the death toll is concerned, the country had registered its first death on March 13 and crossed the 25,000-mark on July 17 and added the next 27,000 deaths in the span of a month.

Notably, the case fatality rate, which is the proportion of people who die from the disease among individuals diagnosed, has dropped to 1.92 per cent, the ministry said. As many as 8,01,518 samples were tested on Monday.

Maharashtra remained the worst-hit state with a total of 6,15,477 cases and 20,687 deaths; followed by Tamil Nadu with 3,49,654 cases and 6,007 deaths. The southern state is followed by Andhra Pradesh, Karnataka, Uttar Pradesh, Delhi and Bihar.

Melissa McCarthy may Star in 'The Kitchen'