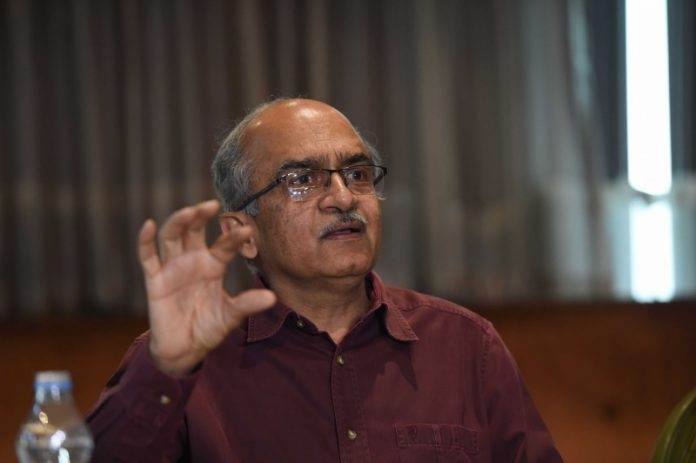 The Supreme Court on Thursday declined to accept submission of lawyer Prashant Bhushan that another bench should hear the arguments on quantum of sentence in the contempt case, where Bhushan has been held guilty for making derogatory statements through tweets against the judiciary.

A bench comprising Justices Arun Mishra, B.R. Gavai and Krishna Murari told senior advocate Dushyant Dave, appearing for Bhushan, that he is asking for an act of impropriety by making submissions that the argument on sentencing in the contempt case should be heard by another bench.

Justice Gavai noted that there should not be an impression that there is an effort to avoid this bench.

To this Dave replied, why the bench was giving the impression that “this bench wants to decide everything before Justice Mishra retires”.

Dave urged that the matter of punishment should be considered by a different bench. Justice Gavai said the request cannot be accepted. Dave insisted that heavens are not going to fall if the court defer the hearing till the review is decided. “It is not necessary that this very bench should consider the sentence,” argued Dave.

The bench said it is not appropriate and it is against established procedure and norms. Justice Mishra replied: “Suppose if I am not retiring from office, can it be ever thought of?”

Justice Mishra reiterated, “We assure you; we will not do anything to defeat your right of review.”

The bench also observed that it is not inclined to hear Bhushan’s application seeking deferment of hearing on the sentence till his review petition is decided.

A contemnor can be punished with simple imprisonment of up to six months or with a fine of up to Rs 2,000 or with both. On August 14, the top court held Bhushan guilty of criminal contempt for his derogatory tweets against the judiciary.

Bhushan, appearing personally before the court, said that he has been “grossly misunderstood”.

He added that he does not ask for mercy and does not appeal for magnanimity. “My tweets were a small attempt to discharge what I consider my highest duty…,” he said. The top court in its judgement had said the tweets were based on distorted facts.