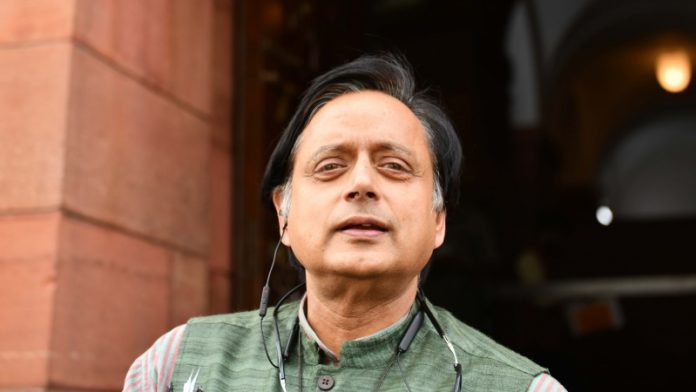 The Facebook row has turned into a full-fledged war between the ruling BJP and the opposition Congress.

After privilege notices from both the sides, BJP MP Nishikant Dubey on Thursday sought the removal of Shashi Tharoor as the Chairman of the Parliamentary Standing Committee on Information Technology.

Dubey who is a member of the committee in a letter to the speaker Om Birla requested “to invoke Rule 283 with provisions in rules of procedures for removing Shashi Tharoor as chairman of the IT panel”.

Dubey alleged that Tharoor had showed “disdain” in summoning Facebook and sending a notice on breach of privilege against him, and alleged that, “he (Tharoor) is not a new architect in creating unnecessary controversies to grind his political ambitions and at the same time targeting my party, even by misusing the parliamentary institutions”.

Nishikant Dubey wrote, “Mr Tharoor’s tenure has been controversial” and said, “Speaking in Spenserian English with a foreign accent does not give freedom to an individual to disregard our parliamentary institutions”.

Earlier on Wednesday both Shashi Tharoor and Nishikant Dubey moved privilege notices against each other on the Facebook row.

The Godda MP who is also a member of the same committee remarked, “For the first time have I seen that a Chairman of a Parliamentary Committee has moved privilege against its own fellow member.”

He reasoned that accusing BJP of wrongdoing is tantamount to accusing all its MPs of the same. Dubey says Tharoor “questioned the intention, integrity, and honesty of MPs”.

This comes after Tharoor wrote a letter to Lok Sabha Speaker Om Birla, mentioning Dubey’s ‘strong remarks’ on Twitter that “the Chairman of the Standing Committee does not have the authority to do anything without discussion of the agenda with its members”.

“I sincerely hope that stringent action is taken in this matter so that it serves as a deterrent to similar incidents in future and restores public trust in Parliament,” Tharoor said in the letter.