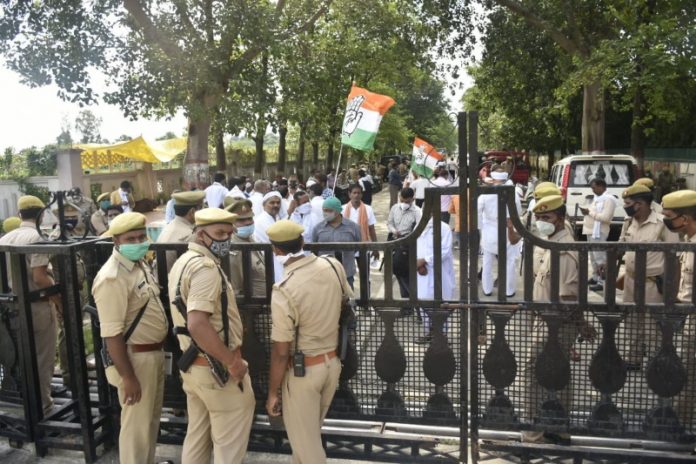 Maharashtra Minister Nitin Raut was detained by the Uttar Pradesh Police at the border of Azamgarh district on Thursday while he was on his way to join a Congress delegation.

The Congress delegation, led by UPCC chief Ajay Kumar Lallu, had been detained earlier in the day when they were on their way to meet the family of Dalit sarpanch Satyamev Jayate, who had been shot dead last Friday.

Raut, who is also the chairman of the All India Congress Committee for Scheduled Castes, was scheduled to join the delegation.

Raut has called the incident ‘gruesome’ and has voiced concern over the law and order situation in Uttar Pradesh and the growing attacks on Dalits.

While Raut was detained at the Azamgarh border, the Congress delegation that also includes Rajya Sabha MP P. L. Punia has been detained in the circuit house and are not being allowed to proceed to Bansgaon village where the slain Sarpanch lived.

BJP MP Threatens Action Against Those who Disrespect Prime Minister