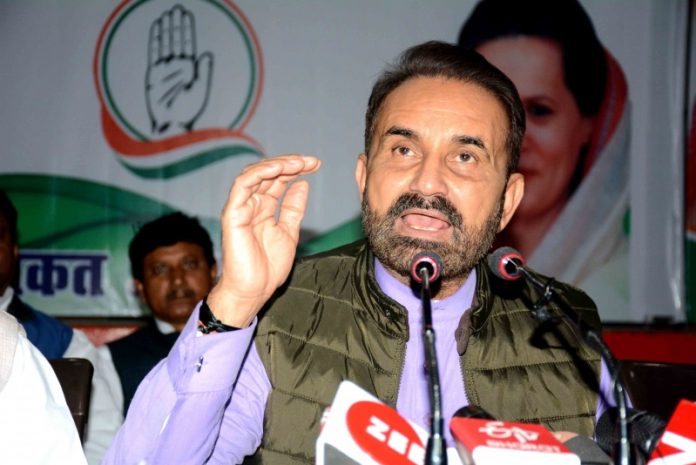 Congress leader Shaktisinh Gohil on Wednesday claimed that during UPA-II, then Prime Minister Manmohan Singh had offered Rahul Gandhi his place as he wanted to step down due to health issues.

However, Rahul Gandhi turned down the proposal and requested Manmohan Singh to complete his term, he said at a press conference in response to a question on party General Secretary Priyanka Gandhi’s expressed willingness to work under non-Gandhi Congress chief.

“This is the graciousness of the Gandhi family… they don’t hanker after power. Sonia Gandhi refused to become Prime Minister in 1991 and then in 2004 and Rahul Gandhi declined the offer during UPA-II,” Gohil said.

Asked when Manmohan Singh made the offer, he responded that it was widely reported in the media.

The Congress leader’s comment came in the wake of a claim made in book “India Tomorrow: Conversations with the Next Generation of Political Leaders” by Pradeep Chibber and Harsh Shah.

The book says Priyanka Gandhi was ready to work under a non-Gandhi President after Rahul Gandhi’s resignation following the party’s rout in the 2019 general elections.

“If there were to be another party President, he would be my boss. If he tells me tomorrow that he doesn’t want me in Uttar Pradesh but wants me to be in Andaman and Nicobar (Islands), then I would jolly well go to Andaman and Nicobar,” she had said, as per the book.

Rahul Gandhi had also said that the party should elect a President from outside the Gandhi family, but in August last year, Sonia Gandhi was appointed as the interim President of the Congress.

However, Congress downplayed Priyanka Gandhi’s purported remarks and charged the BJP with stoking the issue.