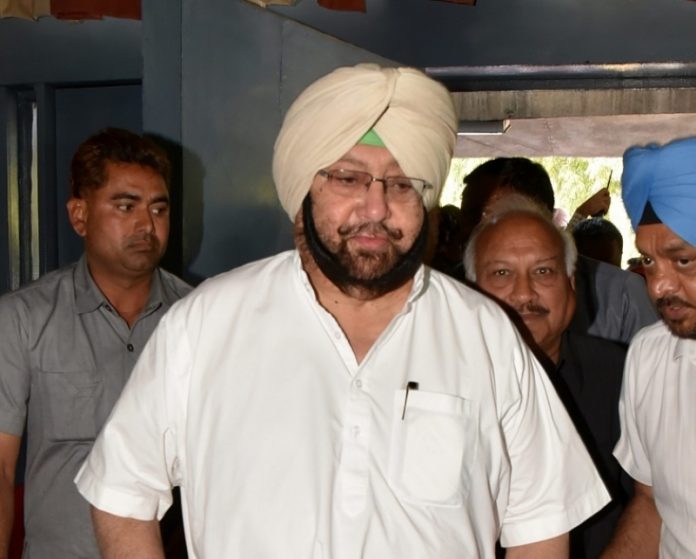 Calling for “war-like preparedness” to deal with the massive Covid-19 spike, Punjab Chief Minister Amarinder Singh ordered a series of emergency measures, including the extension of weekend lockdown with daily night curfew from 7 p.m. to 5 a.m. in all the 167 cities and towns from Friday.

He also ordered a total ban on all gatherings, except weddings and funerals, across the state till August 31.

Government and private offices will work at 50 per cent capacity till the end of this month, as per the directives issued by the Chief Minister during a virtual meeting with top officials on Thursday to review the Covid-19 situation in the state, which is witnessing a massive increase in daily cases and an increase in deaths.

He also directed the officials concerned to restrict public visitors in government offices and to encourage the use of online grievance redressal system, which has been significantly strengthened by the state government to minimise in-person contact.

In the five worst-affected districts of Amritsar, Ludhiana, Jalandhar, Patiala and Mohali, restrictions on vehicular capacity have been imposed again, with buses and other public transport to operate with 50 per cent capacity and private four-wheelers not allowed to carry more than three passengers per vehicle.

The Chief Minister has also directed the Deputy Commissioners in these five districts to allow only 50 per cent of the non-essential shops to open on a daily basis to check crowding.

These five districts currently account for 80 per cent of the active caseload in the state.

The Chief Minister directed Director General of Police Dinkar Gupta to strictly enforce compliance of rules with regard to the number of persons allowed to attend weddings and funerals, and also to ensure a total ban on political gatherings till August 31, when the situation will be reviewed.

He also asked the DGP to crack the whip on all political protests and gatherings and asked his own Congress’ leadership to enforce the ban strictly.

“Enough is enough,” said Amarinder Singh, adding that “we need to be tough without affecting the state’s economic activity”.

Citing the 920 Covid-19 deaths reported in the state so far, he said: “each death pains me, and the projections for the coming weeks are grim”.

Underlining the need to promote public participation in creating awareness on the measures to check the spread of Covid-19, he asked the Health Department to involve all other departments, NGOs and local politicians to educate the people.