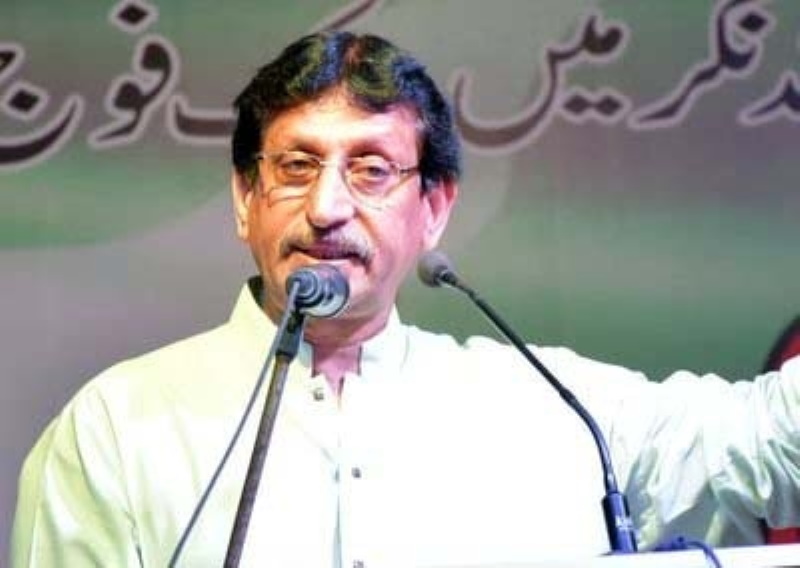 Pakistan’s Federal Minister for Information Technology and Telecommunication Aminul Haque has raised serious questions and reservations over the alleged “biased” policies of social media giant Facebook for Indian users in comparison to content from Pakistani users.

Referring to the report from The Wall Street Journal (WSJ), which states that Facebook Inc’s content regulations policies favoured Indian Prime Minister Narendra Modi’s party, Haque urged that the social media giant should take practical steps to redeem its independence, claiming that it is “no longer impartial” towards its users.

The WSJ report opened up a difficult battleground as Facebook’s public relations and political approach is in crisis in India.

According to report, Facebook’s top lobbying executive in India Ankhi Das opposed applying its hate speech rules to a Bharatiya Janata Party (BJP) member and flagged at least three other individuals “internally for promoting or participating in violence”.

“Proof of the allegation that Facebook holds a soft corner for the BJP and RSS (Rashtriya Swayamsevak Sangh) was that it had flagged as hate speech, posts put by users across the world condemning the Indian government’s move to revoke occupied Kashmir’s semi-autonomous status on August 5 last year and impose a crippling curfew in the region.

“The company also suspended the accounts that share the posts,” he added.

Haque criticized Facebook stating that it “remembers all rules and regulations about publicizing Indian atrocities on Kashmiris but when it comes to heavy investments and majority of employees being Indian in regional offices, the Facebook administration due to financial gains overlooks all moral values and codes to adopt a criminal silence”.

The Minister further said that Facebook adopted a similar policy when treating posts related to Israel suppression of Palestine.

Commenting on the clarification given by Facebook on the matter, Haque insisted that it needed to take practical steps to clear its name, raising the question of why the social media giant has different and biased policies for users in India and in Pakistan.

The report claims that Das had told staff members that punishing violations by BJP politicians would damage the company’s business prospects.

On the other hand, Facebook has clarified that “it prohibited hate speech irrespective of one’s political position”, but acknowledged that there is more to do.