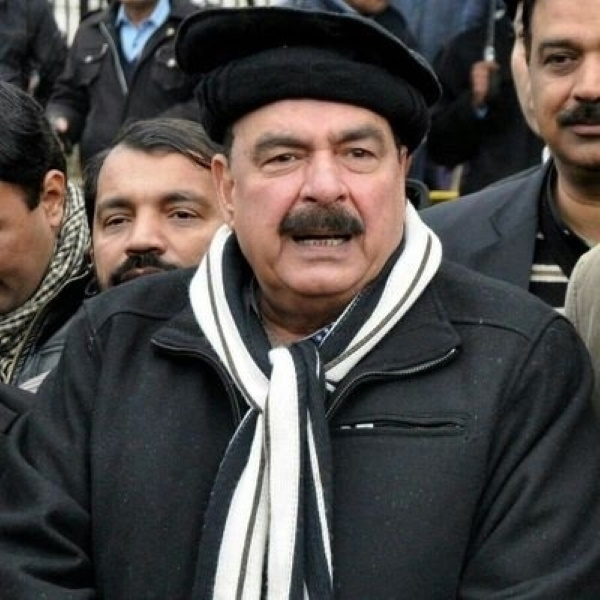 In his trademark braggart style, Pakistan Federal Minister Sheikh Rashid has threatened India with nuclear war once again, saying the weapons will be such that they will save the Muslims during the attack.

In an interview with Pakistani media channel Samaa TV on Wednesday, Rashid claimed that Pakistan has very precise weapons which are “small and perfect”.

The Pakistan minister, who’s known for his bragging style and outlandish remarks, also said that the weapons will only target certain regions and even Assam can now come under their range of attack.

Rashid warned that Pakistan will have no option in a conventional war and “if something will happen, it will be the end”, indicating a nuclear war of mass destruction.

“If Pakistan gets attacked by India, there is no scope for conventional war. This will be a bloody and nuclear war. It will be a nuclear war for sure. We have very calculated weapons which are small and perfect. Our weapons will save Muslim lives and will only target certain regions. Pakistan’s range now even includes Assam. Pakistan has no option in conventional war; therefore India knows if something happens, it will be the end,” Rashid said in the interview.

Off and on, the Pakistan leadership has threatened nuclear war against India citing the logic of it not being a match in conventional warfare. In 2019, Pakistan Prime Minister Imran Khan spoke about nuclear war with India on several occasions.

In the same year, Rashid had claimed that his country possessed “125-250 gm atom bombs” which may hit a targeted area in India.