The alleged gangrape of a 16-year-old teenage girl by some 30 men at a hotel in the Red Sea resort of Eilat has sparked outrage and protests across Israel, according to media reports.

Protesters gathered in several cities after media reports described how men in their 20s queued outside a hotel bedroom where the minor was, awaiting their turn to take advantage of her intoxicated state, the Daily Mail said in a report Friday.

But the owner of the hotel said there was no evidence the suspected assault took place at her establishment, The Times of Israel reported.

The owner told a local TV channel that she handed over all of the Red Sea Hotel’s security camera footage to police and that it does not show any groupings of 30 people.

Meanwhile, two suspects, both 27-year-old, have been arrested according to the police after allegedly threatening to send the video of the incident to the victim.

Authorities are now awaiting the results of a medical examination, while the police has formed a special team to investigate the incident.

The victim had first reported the alleged crime to the police in Eilat last week but the case had previously gone largely unnoticed.

As more information came to light, protests in the big cities of Tel Aviv and Jerusalem on Thursday evening prompted Israeli leaders, including the President Reuven Rivlin and Prime Minister Benjamin Netanyahu, to speak out against crimes against women.

“It’s shocking – there’s no other word for it,” the Daily Mail report quoted Netanyahu as saying, adding that all the suspects to be put on trial.

In an open letter addressed to the country’s youths, President Rivlin said: “Sexual assault, rape, sexual exploitation, sexual violence – these are some of the stains that cannot be deleted

“These are cases of unforgivable loss of boundaries, and they destroy us as a society. As humans.”

Netanyahu’s coalition partner and Defence Minister Benny Gantz said in a statement: “What is a man who is standing on a crowded line with dozens of others, on the way to a room where a young, disoriented girl is lying down, trying to prove?

“The police investigation is still underway, but it’s important that I convey a message to those who participated or bore witness to this case or others: The only thing you’ve proven is what depravity of your soul and morality you are capable of.”

Besides the two big cities, protests also erupted in Givatayim, Haifa and some 30 other places across the country.

The protesters united under the banner “we won’t be silent anymore”.

Ilana Weizman of women’s rights group HaStickeriot said one in five Israeli women was raped during her lifetime with 260 cases reported every day, the Daily Mail reported. 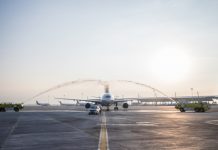 Residents Of Mahul, A Rehabilitation Story Of Mumbai Slums, Episode 5