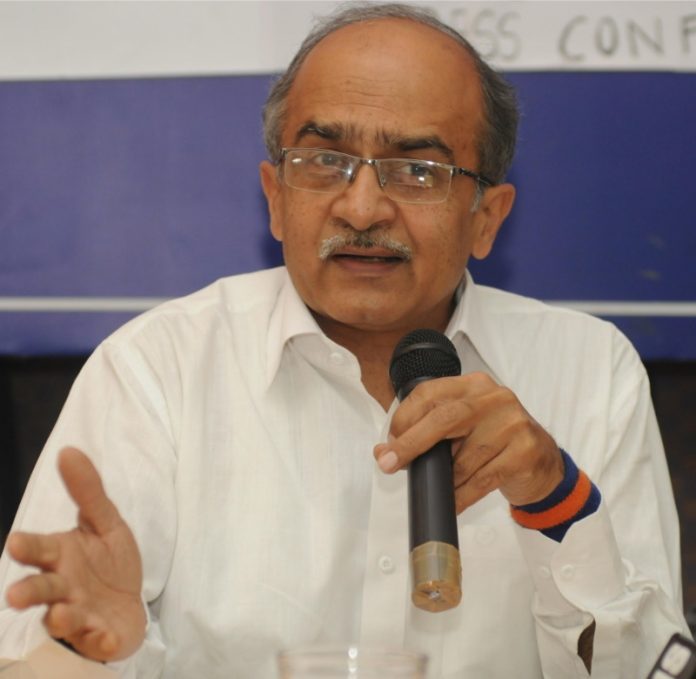 Advocate Prashant Bhushan on Monday refused to apologize before the Supreme Court for his two tweets that were seen as derogatory remarks against the judiciary. Bhushan said his tweets represented his bona fide belief which he still continues to hold.

Bhushan in a supplementary statement filed in the apex court in the suo moto contempt case said: “My tweets represented bona fide belief that I continue to hold. Public expression of these beliefs was I believe, in line with my higher obligations as a citizen and a loyal officer of this court. Therefore, an apology for expression of these beliefs, conditional or unconditional, would be insincere.”

He insisted that an insincere apology would amount to contempt of my conscience and of the institution.

Bhushan said the apology cannot be a mere incantation; and any apology has to, as the court has itself put it, be sincerely made.

“This is especially so when I have made the statements bona fide and pleaded truths with full details, which have not been dealt with by the court. If I retract a statement before this court that I otherwise believe to be true or offer an insincere apology, that in my eyes would amount to the contempt of my conscience and of an institution that I hold in the highest esteem,” he added.

The Supreme Court last week gave Bhushan till August 24 to submit an unconditional apology and asked him to reconsider his defiant statement declining to apologize for his derogatory tweets against the judiciary.

A bench comprising Justices Arun Mishra, B.R. Gavai and Krishna Murari said “Appeal filed against the Registrar’s order is dismissed. Arguments have been heard in the main matter, on sentencing. Order reserved.

“We have given time to the contemnor (Bhushan) to submit unconditional apology if he so desires. Let it be filed by August 24. In case, an apology is submitted, the case to be posted for consideration on the same, on August 25.”

Attorney General K.K. Venugopal had urged the apex court that convicting advocate Prashant Bhushan in a contempt case was alright, but “do not punish him”.

The bench replied to the A-G that the tone, tenor, and content of Bhushan’s statement makes it worse. The bench told Venugopal “is it defence or aggravation, you as A-G consider it”.

Study Finds Link Between Infertility in Women and Asthma Medication

Why 'ice Crunch' Videos are Breaking the Internet