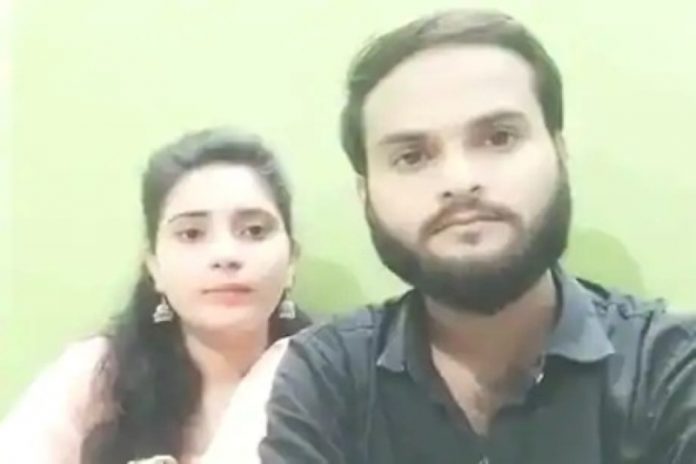 Interfaith marriage in Kanpur has kicked up a huge row with fringe religious outfit calling it a case of ‘love jihad’ even though the bride claims to have converted of her own will and married the groom from a different faith.

The local Bajrang Dal unit has been unwilling to accept the fact that Shalini is an adult and free to make her choices. Bajrang Dal workers, on Sunday night, created a ruckus outside the Kidwai Nagar and even got into an altercation with the police.

Shalini Yadav, 21, a resident of Barra in Kanpur, had recorded a video after marrying her lover who belongs to another religion and posted it on Facebook last week. In the video, she is seen asking for protection as she faced a threat from her family.

Shalini, in the video also claimed that she had changed her name from Shalini to Fiza Fatima and married Mohd Faisal in the court of her own will on July 2 in Ghaziabad. She said that her family had lodged a fake FIR against her husband, accusing him of kidnapping her although she had left the home of her own will on June 29.

Shalini’s family had lodged the FIR against Mohd Faisal at the Kidwai Nagar police station.

The Bajrang Dal workers alleged that this was a case of ‘love jihad’, and Mohd Faizal should be arrested at the earliest.

Dilip Singh Bajrangi, the district convenor of the Bajrang Dal, said, “This is a case of love jihad. The man has lured away the girl and brainwashed her. We will not rest till the police take action in this matter.”

The district and police officials, however, were tight-lipped on the issue and a police spokesman said that the matter was under investigation.