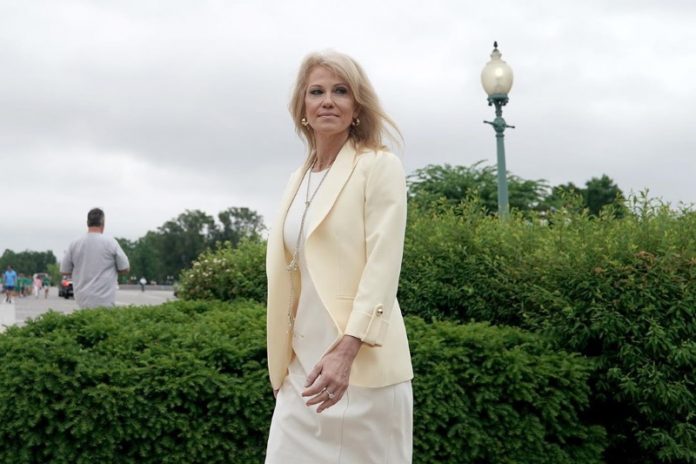 Kellyanne Conway, a long-time adviser to US President Donald Trump and also a White House counsellor, has announced that she was stepping down from her post to focus on family matters.

“This is completely my choice and my voice,” Xinhua news agency quoted Conway as saying in her announcement on Sunday.

“In time, I will announce future plans. For now, and for my beloved children, it will be less drama, more mama.”

She has served in her White House role since the beginning of the administration and has been known as a fierce Trump defender.

Also on Sunday, Conway’s husband, George, an outspoken critic of the President, tweeted separately that he would be leaving his role with the Lincoln Project, a group of anti-Trump Republicans, for similar reasons.

“We disagree about plenty but we are united on what matters most: the kids,” Kellyanne said.

In the announcement, Conway called her time in the White House “heady” and “humbling”.

She is expected to speak at the 2020 Republican National Convention this week.

Conway defended Trump through some of his most controversial and difficult moments, The Hill news website said in a report.

She was also one of the most egregious violators of the Hatch Act, which prohibits executive branch officials from using their official positions for campaigning.