The Supreme Court on Monday reserved its judgment on the issue of recovery of adjusted gross revenue (AGR) dues from insolvent telecom companies.

A bench headed by Justice Arun Mishra is likely to pronounce the judgment on three counts: Staggered payment schedule, where the Centre said it is fine with the 20-year arrangement to recover AGR dues; Can spectrum be transferred or sold by companies under IBC; and, additional liabilities, if any, on Jio, Airtel for the past dues of RCom, Videocon, and Aircel.

Airtel had spectrum sharing and trading pacts with Videocon and Aircel, whereas Jio had it with RCom.

The court had asked the Department of Telecommunications (DoT) to share the details of ‘demand under process’ for raising the liabilities against Airtel and Jio in the backdrop of spectrum-sharing.

The bench also comprising Justices S Abdul Nazeer and MR Shah observed that if DoT does not provide the correct position on the AGR demands, then the due figures quoted in the ruling could go wrong. “It has been nearly 10 months to the AGR ruling — why has the DoT not yet raised the demand?”

The DoT informed the bench that no demand has been raised against Jio and Airtel for part dues of RCom and Videocon, and that the assessment of Jio and Airtel liability for the past dues is “under process”.

Senior Advocate Kapil Sibal, appearing for Airtel, contended that if the liability of the past dues of Videocon were to be imposed on Airtel, why wait for so long. Instead, the DoT should have clarified it long back, he argued.

The court observed that according to trading guidelines, the seller of the spectrum shall satisfy all pending dues, before the sale. The bench said that it understood that upon the non-payment of dues by the seller, the trading guidelines would transfer the burden on the buyer.

The DoT counsel contended that under trading guidelines, the past dues have to be cleared prior to the spectrum-trading, and under these guidelines, the DoT could recover the dues from seller and buyers.

The apex court remarked that what is being proposed seems like renting out a house to a tenant and the latter selling the house under Insolvency and Bankruptcy Code. 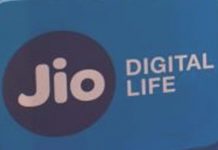