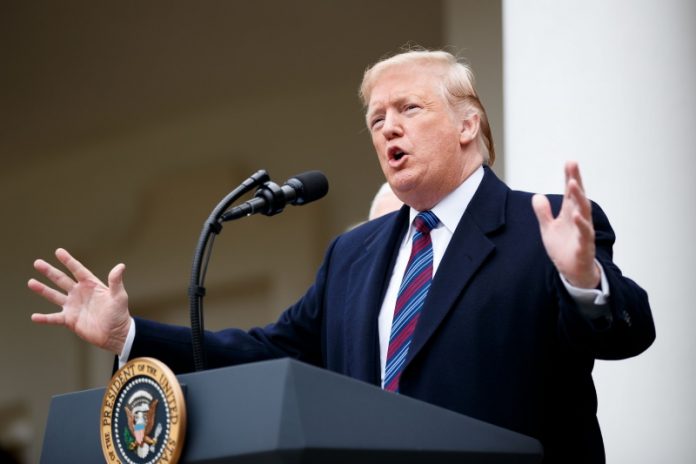 Twitter has slapped a public interest notice on a tweet by US President Donald Trump, saying it could potentially dissuade people from participation in voting.

In the tweet, Trump claimed mail drop boxes are a “voter security disaster” and also said they are “not Covid sanitised”.

“So now the Democrats are using Mail Drop Boxes, which are a voter security disaster. Among other things, they make it possible for a person to vote multiple times. Also, who controls them, are they placed in Republican or Democrat areas? They are not Covid sanitized. A big fraud!” he tweeted on Monday.

“We placed a public interest notice on this Tweet for violating our Civic Integrity Policy for making misleading health claims that could potentially dissuade people from participation in voting,” the micro-blogging platform said.

Mail-in ballots, expected to be used more widely in the wake of the Covid-19 pandemic, have become a partisan issue leading up to the November presidential election, reports TechCrunch.

The Centers for Disease Control and Prevention (CDC) however said mail-in ballots are “not thought to be the main way the virus spreads.”

Twitter Safety further said: “Per our policies, this Tweet will remain on the service given its relevance to the ongoing public conversation. Engagements with the Tweet will be limited. People will be able to Retweet with Comment, but not Like, Reply, or Retweet it”.

It has so far flagged several tweets from Trump for glorifying violence or violating its policies.