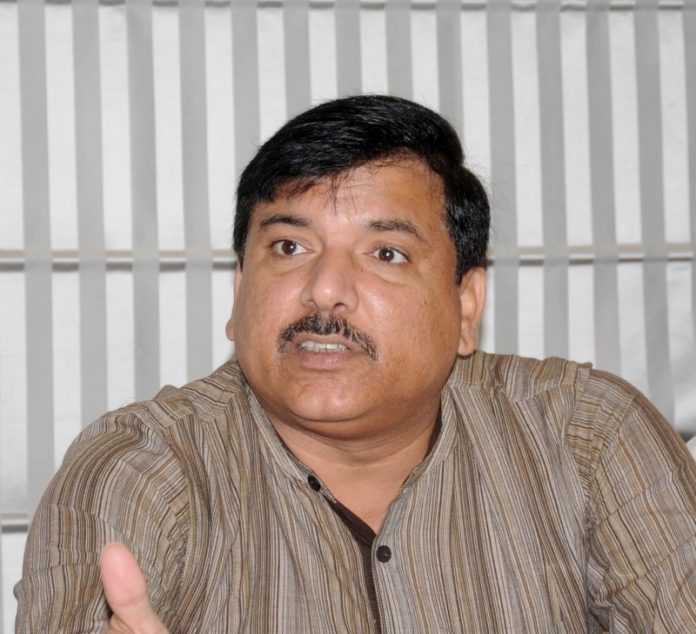 Aam Aadmi Party (AAP) MP Sanjay Singh has served a privilege notice against eight Superintendent of Police rank officials of Uttar Pradesh Police and wants them to be summoned in front of the Privileges Committee of Parliament.

In a letter sent to Rajya Sabha Chairman Venkaiah Naidu, Sanjay Singh has said that the eight senior police officials of the Uttar Pradesh Police had registered FIRs against him with a malafide intention and were trying to prevent him from discharging his political duties.

The complaint by the AAP MP comes in response to nine FIRs registered against him in Uttar Pradesh.

Singh in his letter has asked the eight police officials be summoned in front of the Privileges Committee of Parliament for harassing a Member of Parliament and has further sought action against them.

The Rajya Sabha MP has also raised objections to the same line of the language used in the FIRs against him.

While all eight police officials are of the Superintendent rank, they are from the districts where FIRs have been registered against Singh for allegedly inciting communal disharmony.

The AAP MP had in a press conference on August 12 accused the Yogi Adityanath government of being ‘pro-Thakur’ and insulting Dalits by not inviting President Ram Nath Kovind to the Ram Mandir’s ‘bhoomi pujan’ ceremony in Ayodhya which took place earlier this month.

In his letter, he has alleged that while he was trying to raise his voice against caste discrimination and in support of the poor in Uttar Pradesh, the FIRs are an attempt to silence his voice.

Since then, nine FIRs have been registered against him, although he has maintained that these are a part of a bigger conspiracy to portray him as a wanted criminal in Uttar Pradesh.

The Superintendent rank officials against whom Singh is seeking an action are from Lucknow, Basti, Muzaffarnagar, Baghpat, Lakhimpur Kheri, Sant Kabir Nagar, Gorakhpur and Aligarh.