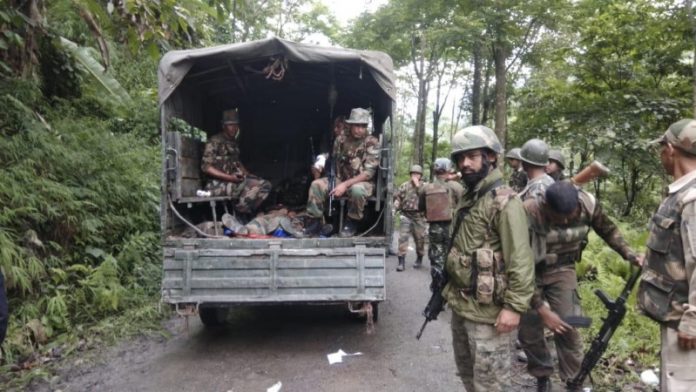 The Bharatiya Janata Party-led government in Assam on Tuesday extended the Armed Forces (Special Powers) Act, 1958 — AFSPA, in the state for six more months beyond August 28, an official said.

An official of Assam Home Department said that the AFSPA has been extended in view of the recent terror attacks on security forces in the northeastern region, and recovery of illegal arms and ammunition from different areas of Assam.

Various political parties, organisations and civil society groups and activists have been demanding the removal of the “draconian law” from the state.

The AFSPA, which allows the Army and other para-military forces to conduct raids, operations, arrest anyone anywhere without prior notice or arrest warrant, has been continuing in Assam since November 1990.

The law enforcing agencies and senior security officials reviewed the situation every six months and extended the AFSPA.

On July 29, three Assam Rifles troopers were killed while five others injured in an ambush by an insurgent group near the India-Myanmar border in Chandel area in Assam’s neighbouring state Manipur.

“Ram’s work has to be done,” Mohan Bhagawat hints at Ram temple construction at...