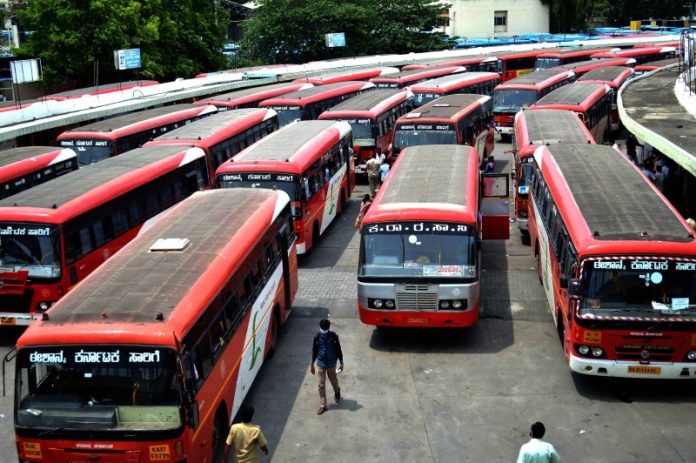 The Karnataka government is ready to restart interstate bus services to four states and Puducherry and is awaiting their nod, a minister said.

“From our end, we are all set to restart bus operations to these states, Telangana, Goa, Kerala and Tamil Nadu. We are also ready to restart services to Puducherry, but not Maharashtra,” said Transport Minister Laxman Savadi.

He said, the state government has already corresponded with its counterparts in these states and is awaiting their nod to resume operations after the coronavirus enforced disruption. Savadi said the neighbouring state governments are yet to respond to the letter correspondence.

According to Savadi, the state government went ahead with the bus service restoration idea after the new guidelines emerged from the Central government, easing most of the earlier restrictions.

On Monday, Karnataka government lifted almost all the restrictions it put in place for interstate travellers in the wake of the coronavirus pandemic under Unlock 3.0.

The state has discontinued registration on the Seva Sindhu portal, medical checkups at state borders, screening at receiving centres in the districts, categorisation of passengers, hand stamping and fortnight quarantine.

It also waived off isolation and testing, posters on the doors of the infected persons, intimation to neighbours and monitoring by Panchayat or ward level teams, among others, for all asymptomatic arrivals.

Only for symptomatic interstate travellers, it advised self-isolation and medical attention according to the latest protocol.

The minister said the state will take some more time to restore bus services with Maharashtra as it is still reeling under the Covid pandemic.

In all likelihood, Karnataka will take a call on resuming services to Maharashtra in September.

Currently, interstate bus services have only been resumed to Andhra Pradesh. In normal times, the southern state used to ply as many as 2,500 government buses to its neighbouring states using its state road transport corporations’ buses.

The corporation has about 8,650 buses and ferries around 30 lakh passengers daily in normal circumstances.