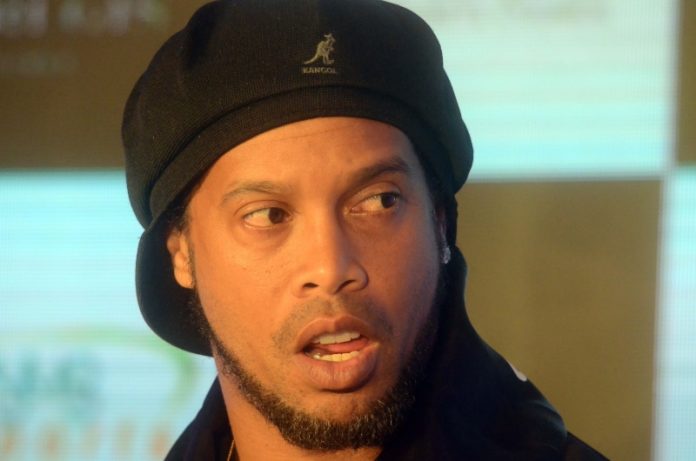 Former Barcelona star Ronaldinho has returned to Brazil after almost six months in custody in neighbouring Paraguay for allegedly using a fake passport.

Ronaldinho and his brother Roberto Assis were whisked past dozens of journalists and fans at Rio de Janeiro’s Tom Jobim international airport before being taken in a private car to a condominium in the affluent Barra da Tijuca district on Tuesday, reports Xinhua news agency.

On Monday, a judge in Asuncion suspended charges against the pair after they struck a plea bargain with prosecutors.

The brothers spent more than a month in prison before being relocated to the four-star Palmaroga Hotel after paying $1.6 million in bail.

Under the terms of the deal with investigators, Ronaldinho agreed to a $90,000 fine and must report to a federal judge in Brazil every three months for two years.

Assis was ordered to pay $110,000 and will not be allowed to leave Brazil over a two-year period. He will also keep a criminal record in Paraguay.

Earlier on Tuesday, Ronaldinho’s lawyer Sergio Queiroz raised the prospect of filing a lawsuit against Paraguayan authorities for “injustices” related to the brothers’ detention.

Ronaldinho and Assis traveled to the South American country on March 4 to participate in a children’s charity event and promote a new book. They were arrested later that day on accusations of presenting false travel documents to immigration officials.

The pair have denied any wrongdoing and said they had no knowledge of carrying adulterated passports.

Ronaldinho retired from football in 2018 after a career that included spells at Gremio, Paris Saint-Germain, Barcelona, Milan and Atletico Mineiro, among other clubs. He was a part of the Brazil team that won the 2002 World Cup and was twice voted the FIFA world player of the year.