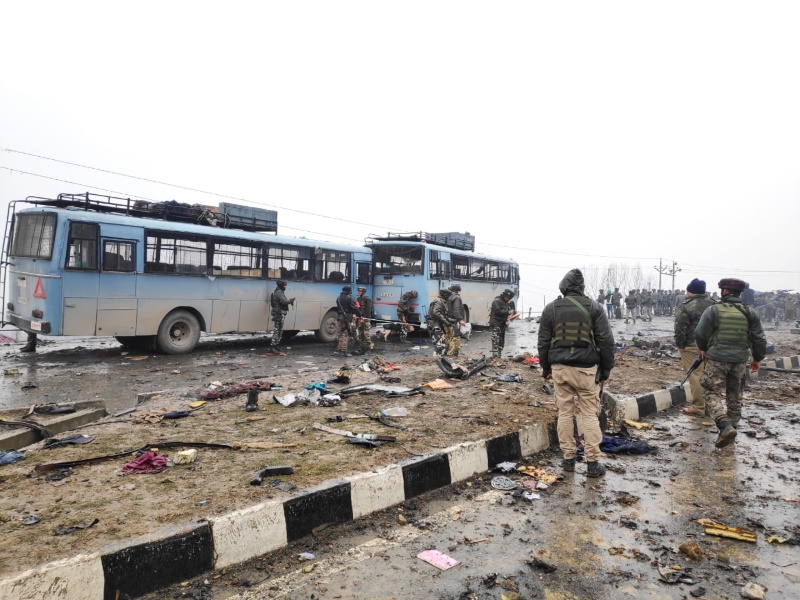 “The fabrications in the reported ‘charge sheet’ are patently designed to further the BJP’s anti-Pakistan rhetoric and its narrow domestic political interests,” Pakistan has alleged.

Relying on prevarications, Pakistan sought to whitewash the charges levelled against it after an exhaustive investigation.

The statement read that at the outset, Pakistan had rejected India’s baseless allegations and expressed readiness to extend cooperation on the basis of any actionable information.

“India failed to provide any credible evidence for its invective and has instead been using the attack for its malicious propaganda campaign against Pakistan,” it said.

Pakistan said the timing of the Pulwama attack, just two months before the Lok Sabha elections in India, and the fact that the key accused in the attack have already been killed by Indian forces, raise too many questions.

“The world knows well as to who benefited the most from the Pulwama attack and drew electoral dividends,” Pakistan alleged.

Islamabad said it would be recalled that Indian military aircraft engaged in belligerent action against Pakistan on February 26, 2019.

“The Indian misadventure was effectively countered by the Pakistan Air Force, which resulted in the downing of two Indian warplanes and capture of an Indian pilot. Despite India’s provocations, the Indian pilot was released by Pakistan as a peace gesture,” it said.

“In response to a paper shared by the Indian Government following the Pulwama attack, Pakistan constituted a high-level investigation team to examine its contents. As the information provided by India was incomplete, patchy and unsubstantiated, Pakistan shared two Aides-memoire, seeking further information and supporting evidence from India. India has been unable to provide any corroboration of its unfounded allegations,” Pakistan said.

“Pakistan has been forewarning the international community about India’s use of ‘false flag’ operation and possible ill-conceived misadventure. With the approaching state elections in India, the RSS-BJP ploy of raising the Pakistan bogey again for making electoral gains is palpable. We warn the world community again to be cognizant of its dangerous consequences for peace and security in the region,” Pakistan said.

As per the NIA charge sheet, the chief of Pakistan-based militant group Jaish-e-Mohammad, Maulana Masood Azhar, along with his brothers Abdul Rauf Asghar and Ammar Alvi, was continuously giving directions and guidance to the Pakistani JeM militants who had infiltrated into India and were using Pakistani SIM cards, both before and after the 2019 Pulwama attack in which 40 CRPF troopers were killed.

The Pakistani SIM cards were even active after the attack.

The NIA charge sheet also alleged that the JeM had initially planned the attack for February 6, 2019, but due to heavy snowfall and closure of the highway, the attack was deferred to February 14. These revelations were made in the 13,800-page charge sheet filed in a special NIA court in Jammu on Tuesday against 19 people, including the attack mastermind – the slain Mohammad Umar Farooq, son of IC 814 hijacking conspirator Ibrahim Athar.

Nirbhaya convicts to go to the gallows on February 1