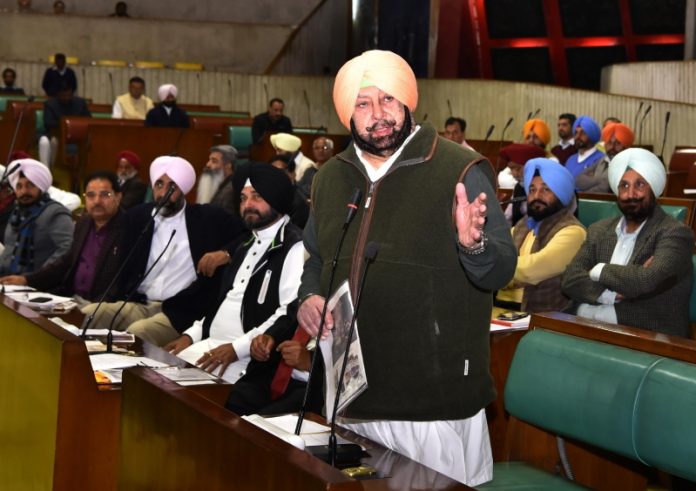 With at least 29 lawmakers testing positive for coronavirus in Punjab, Chief Minister Amarinder Singh on Thursday appealed to all other legislators who had come in contact with them to avoid attending the one-day Monsoon session of the Assembly on Friday.

The protests launched by the Aam Aadmi Party (AAP), led by its MLAs, were endangering the lives of people, said Singh, pointing to the AAP sit-in demonstrations in various parts of the state since August 20.

With roughly 25 to 250 people present at each of these gatherings, they had become tinderboxes behind the pandemic spread, said the Chief Minister, urging the party to call off its protests.

Singh pointed out that of the eight AAP leaders and legislators who had spearheaded these protests so far, two had already tested positive and each of them had come in contact with scores of other people till now.

In terms of lawmakers, four of the AAP members were Covid positive, he added.

The Chief Minister reiterated his appeal to all political parties to refrain from physical protests at this critical juncture, when cases in the state were spiralling and projected to see a major spike in the coming weeks.

He also ordered rapid testing machines for early results to be installed in the Vidhan Sabha premises, as well as Punjab Bhawan and legislators’ hostel, for testing ahead of the session, where only those who have tested negative for Covid within 48 hours prior to the start of the session will be allowed.

During a review meeting with the Chief Minister and other officials, Chief Secretary Vini Mahajan appealed to all political parties that their legislators who had come in contact with Covid positive colleagues should reach the Assembly premises early for testing in case they wish to attend.

Your work not in vain, Rahul Gandhi to ISRO