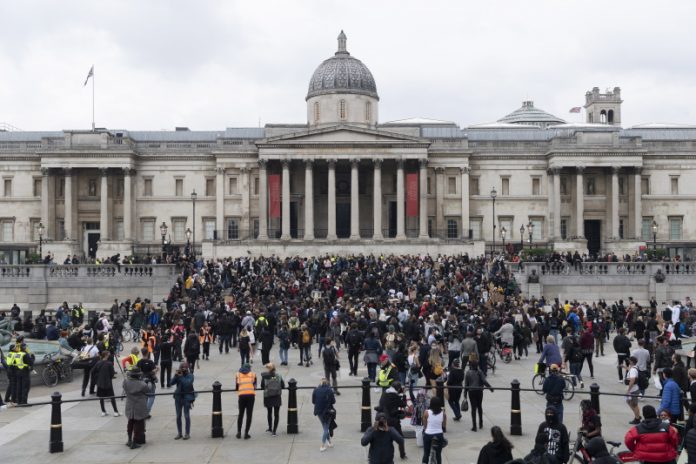 Environmental activists from the Extinction Rebellion group have kicked-off four days of protests across the UK, urging the country’s lawmakers to back a climate emergency bill.

In a document outlining the details of the protests, the group said that the actions will be seen “across the nations, regions and communities” and “then they’ll be followed by mass actions in London”, reports Xinhua news agency.

The activists took part in an “oily-handed march” in Cambridge on Friday, which was the first main action being carried out in the eastern England region, with the theme to focus on regional fossil fuel actions.

According to their plan, activists will block streets in London, Manchester and Cardiff on September 1, as they call on MPs to back the bill which they say would speed up the UK’s progress on reducing its carbon emissions.

A previous protest planned for April was cancelled because of the coronavirus pandemic, the group said, while encouraging protesters to maintain social distancing, wear gloves, masks, and carry hand sanitizers.

It has also planned an online event dubbed Digital Rebellion for those who would prefer to get involved from home.

They blocked roads and glued themselves to buildings in high profile spots, including some in London to further their demands, causing serious disruption in the centre of the British capital and leading to hundreds of arrests.

2 Infant Dead, 4 Critical due to Dysfunctional ACs at Hospital in Haryana