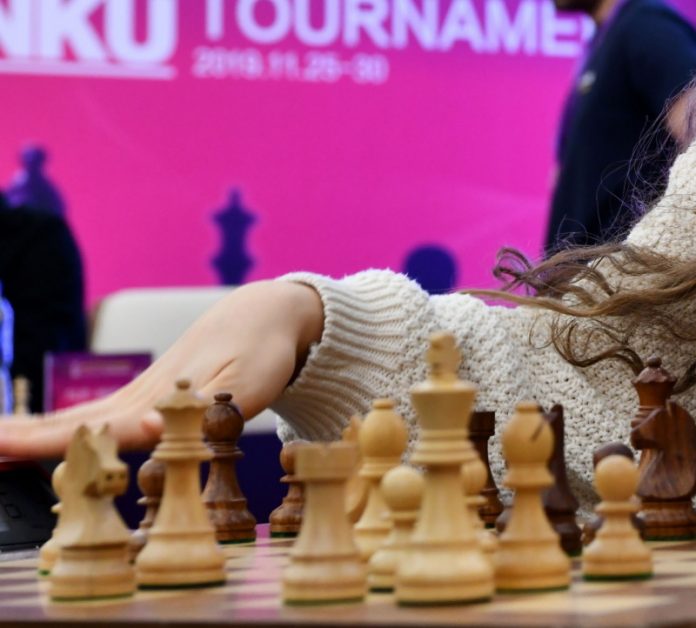 The India-Russia chess duel for the Online Olympiad gold came to a dramatic finish on Sunday with the global chess body announcing them as joint winners.

The decision to declare India and Russia as joint winners was taken by FIDE President Arkady Dvorkovich after an appeal made by India saying three of its players were disconnected from the server.

“We just told FIDE that three of our players – K. Humpy, Nihal Sarin and Divya Deshmukh were logged out due to server crash during the second match of the final,” non-playing Captain Srinath Narayanan told IANS.

“We had asked for a fair solution – a replay of three games,” he added.

Announcing his decision Dvorkovich in a statement said: “The Online Chess Olympiad has been impacted by a global internet outage, that severely affected several countries, including India.

“Two of the Indian players have been affected and lost connection, when the outcome of the match was still unclear.

“The Appeals Committee has examined all the evidence provided by Chess.com, as well as information gathered from other sources about this internet outage. After being informed of their considerations and in absence of an unanimous decision, and taken into account these unprecedented circumstances, as FIDE President I made the decision to award Gold Medals to both teams,” he said.

Srinath said the appeal was made stating it was due to a server crash of Cloudflare used by www.chess.com.

The FIDE President’s decision was welcomed by the Indian chess fraternity.

Meanwhile, the finals between India and Russia began in the evening.

The first match ended with a score of 3-3 with all the six games ending in a draw.

Humpy, after securing an exchange advantage, sacrificed her queen for two bishops to have rooks against the Russian’s queen.

However, the clock was ticking against Humpy and on the 41st move, she missed out a winning line. Soon the game ended in a draw with perpetual checks by the Russian.

In the second match, India brought in V. Anand and Sarin in the place of Harikrishna and Praggnanandha.

The first result in the second match was a draw between Gujarthi and Dubov. Soon Harika and Anand followed suit, drawing against Nepomniachtchi and Kosteniuk respectively.

Then the net connectivity issued cropped up in Sarin vs Esipenko, Deshmukh vs Shuvalova and Humpy vs Goryachkina cropped.

As regards Humpy vs Goryachkina, FIDE awarded the point to the Russian.