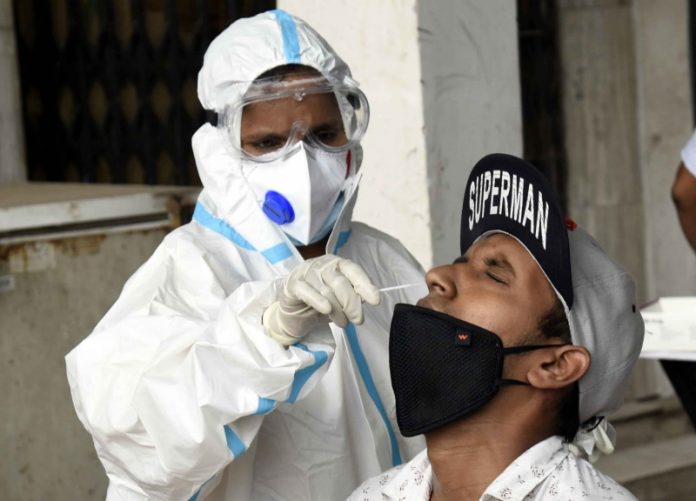 Fresh coronavirus infections recorded in the past 24 hours in India were 69,921. This was on an average a drop of several thousand cases after the numbers regularly inched closer to the 80,000-mark over the past five days.

India continues to be the third worst-hit country by the pandemic with a tally of 36,91,166 cases Health Ministry data showed on Tuesday. The death toll climbed to 65,288 with 819 new fatalities in the last one day.

The country has been recording an unprecedented surge in daily cases of Covid-19 since August 27. On three of these days the numbers were way past the 78,000-mark and almost touching 80,000 cases; while on August 27 and 29 the numbers were above 75,000 and 76,000 respectively.

According to the fresh data from the Indian Council of Medical Research (ICMR), India conducted 10,16,920 tests in a single day on Monday taking the total number of samples tested so far reached to 4,33,24,834.

On Monday, the Ministry of Health and Family Welfare decided to deploy high-level Central teams to four states — Uttar Pradesh, Jharkhand, Chhattisgarh, and Odisha, which have been witnessing a sudden surge in the number of coronavirus cases and reporting high-mortality.

Only the US and Brazil have recorded more cases of Covid than India. While the US lead the board with 60,28,617, the South American nation has 39,08,272 corona cases.